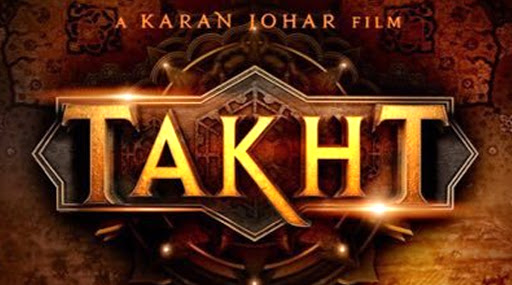 There are reports doing the rounds of the internet that Fox Star has pulled out of Dharma productions' next magnum opus Takht. A Bollywood Hungama story says that since Fox Star CEO Vijay Singh has put down his papers, the studio is reassessing its long time relationship with Dharma. A report in TOI suggests that when they tried getting in touch with the production house for a confirmation, a source informed, "A story on Fox production backing out of ‘Takht’ is false. Dharma Productions never approached Fox to produce the movie. Fox is already producing ‘Brahmastra’ which is a big-budget movie. Whereas ‘Takht’ is a pet project of Karan Johar and will be solely produced by Dharma Productions.” Vicky Kaushal Cannot Wait To Start Shooting For Takht, Continues To Prep For Karan Johar’s Magnum Opus Amidst The COVID-19 Outbreak

Now the point is was Fox really involved with Takht. We did a bit of digging and tried to screen through many of Karan Johar's Takht tweets. He never tagged the studio in any of them. Sample these...

Something from his production house...

The Screenplay is by SUMIT ROY! Dialogues by HUSSAIN HAIDRY,SUMIT ROY! And thanks to @NotSoSnob for bringing these talents to us at @DharmaMovies ! An exciting journey ahead....WRITERS are the heartbeat and soul of a film! These gentlemen lead all the way.... pic.twitter.com/hyTucBmKaG

So you can see nowhere does Karan mentions that it was a collaboration with Fox. The question of the studio backing out thus doesn't arise. But Brahmastra is still a collab between the two which releases this year.

Fox isn't really having a great time at the movies in the Indian context. Kalank, its collab with Dharma, was a huge failure. Drive moved straight to OTT while Chhapaak and Panga were disappointments this year. Baaghi 3 showed a lot of promise but Coronavirus spread shot it down mid-way to triumph. As for Takht, the project has already been through a lot of issues. A major part of the film was supposed to be shot in Spain and Italy. But now with the COVID-19 outbreak, everything seems unlikely.