'Tanhaji: The Unsung Warrior' Gets Tax Exemption in Uttar Pradesh 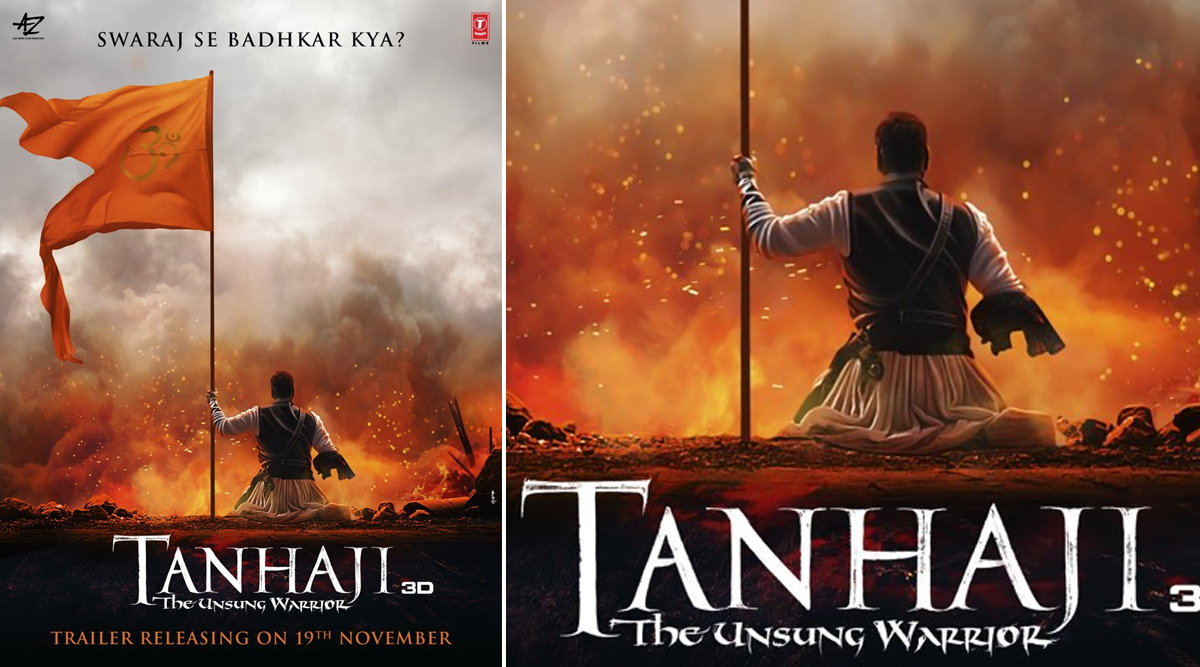 Lucknow, January 14: The Yogi Adityanath government in Uttar Pradesh has granted tax exemption to "Tanhaji: The Unsung Warrior", a biographical period movie. The film is produced by Ajay Devgan who also plays the title role of Subedar Tanhaji Malusare.

"The film has been granted tax exemption in view of the story of the film that highlights the sacrifice and valour of Tanhaji and is an inspiration for the young generations," said the government spokesman.

He said that Ajay Devgan had requested the chief minister to grant tax exemption to the film. Tanhaji: The Unsung Warrior Full Movie in HD Leaked on Tamilrockers & Telegram with Links For Free Download and Watch Online: Ajay Devgn Film's Box Office Collection In Trouble?

'Chhapaak', in which Deepika Padukone plays the lead role and is also the producer, has apparently fallen out of favour of the ruling BJP after Deepika Padukone visited the agitating students in JNU in Delhi last week.

'Chhapaak' has been granted tax exemption in Congress-ruled states including Rajasthan, Madhya Pradesh, Chhattisgarh and Puducherry.