Thrilled to be at Cannes that Captures Generosity of Movies: Manish Malhotra 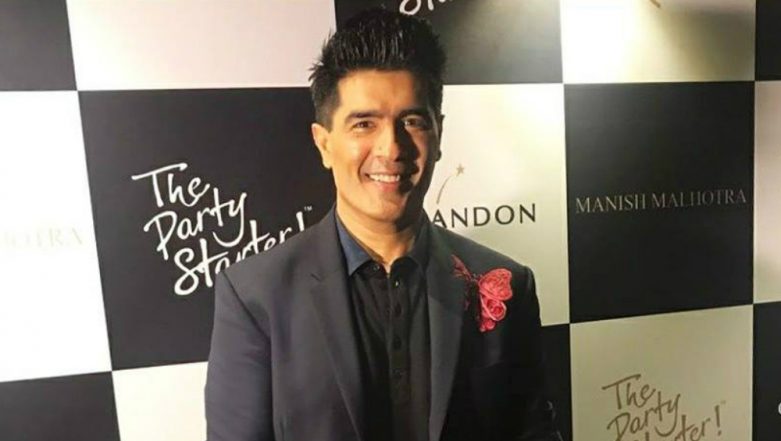 New Delhi, May 10: Manish Malhotra is making his Cannes Film Festival debut this year and the ace designer says that being a movie lover since childhood, he is thrilled to be at the festival that captures "the generosity and glamour of the movies so beautifully". "Even when I was a child, my biggest fascination was the movies. I have grown up watching a film a day. The actors, the sets and the stories, all made such a lasting impression on me that I knew from a tender age that I wanted to work in cinema.

"Needless to say, there are a few events in the world that capture the generosity and glamour of the movies as beautifully as the Cannes Film Festival," the designer said in an email interview. He is making his debut in association with Magnum at the film festival set in the French Riviera where he is going to gift an exclusive accessory to American supermodel Bella Hadid.

"I am thrilled that my first visit will also bring to life this fabulous new association with Magnum," said the designer, who is a "firm believer that there are absolutely no substitutes to hard-work and patience." "Both go hand-in-hand and are essential ingredients in the making of a gratifying career. Over the last 28 years, I have focused relentlessly on my work in cinema and with my label. I am the happiest when I am behind the scenes, working and thinking of new ideas.

"When Magnum approached me to create something distinctly glamorous for the summer, I was excited about working with such a distinct pool of inspiration -- flavours, taste and texture. "To interpret these tactile references, and reimagine them in the language of fashion, was a unique experience and now, I'm looking forward to gifting the creation to Bella Hadid at Magnum's 'Art of Socializing' experience in Cannes," he said.

Malhotra entered the film industry as a costume designer when the concept of "costume designing" was alien to many. Now he is enjoying his successful run of 25 years in Bollywood. The 51-year-old ace designer redefined and modernised costumes in films like "Rangeela", "Raja Hindustani", "Dil Toh Pagal Hai", "Kuch Kuch Hota Hai", "Mohabbatein", "Kabhi Khushi Kabhie Gham" and many more, giving some of Bollywood's leading actresses makeovers that changed their fate in showbiz.

For Cannes, he is also dressing up actor Nawazuddin Siddiqui whose film "Manto", directed by Nandita Das, has been selected in the Un Certain Regard section at the festival. "Nawazuddin is a great actor and brings so much depth to every character he portrays. For his appearance, we have kept the look very sharp, using Western silhouettes paired with quintessentially Indian detailing," he said. There has always been a debate about how Indian celebrities celebrate Western designer outfit for their appearance. So what does he feel? "It is a sign of times, what with the way social media has grown over the last few years -- the world is a flatter place today. I think the cross-pollination of cultures and aesthetics on international red-carpets is great," said Malhotra.