Sushmita Sen, Taapsee Pannu's Thappad, Scam 1992: The Harshad Mehta Story were amongst the many nominees that bagged the prestigious awards. . Congratulations to all the winners of the Critics’ Choice Awards. 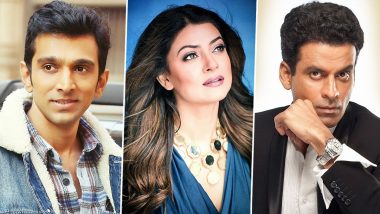 After two successful editions of Critics' Choice Awards (CCA), Film Critics Guild and Motion Content Group are now all set to bring the upcoming third edition of the prestigious award ceremony. CCA prepares to recognise talent, artists and technicians of the entertainment industry and honours them as winners under different categories. Neha Dhupia hosted the award function virtually this year and the team has now announced the winner of Critics' Choice Awards for over a hundred nominees in the series, shorts, and features category. SCAM 1992: The Harshad Mehta Story Is Currently #1 Show In The World With 9.6 IMDb Rating; Hansal Mehta Show Dethrones Breaking Bad and Chernobyl to Take the Top Spot.

Anupama Chopra, Chairperson, Film Critics Guild expressed her excitement of finally making the award ceremony happen even during the pandemic. She said in a statement, “I am thrilled that in such a difficult year, we could celebrate storytelling with this much energy and sparkle! A big congrats to all the winners." Neha has also shared her excitement and said, " I am thrilled to be playing host to such a prestigious forum that has the luminaries of the content and cinema space on its jury. This is the encouragement our industry needs to push its creative limits.” Sushmita Sen, Taapsee Pannu's Thappad, Scam 1992: The Harshad Mehta Story were amongst the many nominees that bagged the prestigious awards. Aarya Review: Sushmita Sen Makes a Kickass Comeback in This Gripping Hotstar Series.

Amruta Subhash for The Booth

The award ceremony which is a celebration of content and films pan-India took place on February 14, 2021. Congratulations to all the winners of the Critics’ Choice Awards.

(The above story first appeared on LatestLY on Feb 15, 2021 01:03 PM IST. For more news and updates on politics, world, sports, entertainment and lifestyle, log on to our website latestly.com).