Beyoncé's New Song 'Spirit' For The Lion King Has Been Dropped And It Is Euphonious - Check It Out! 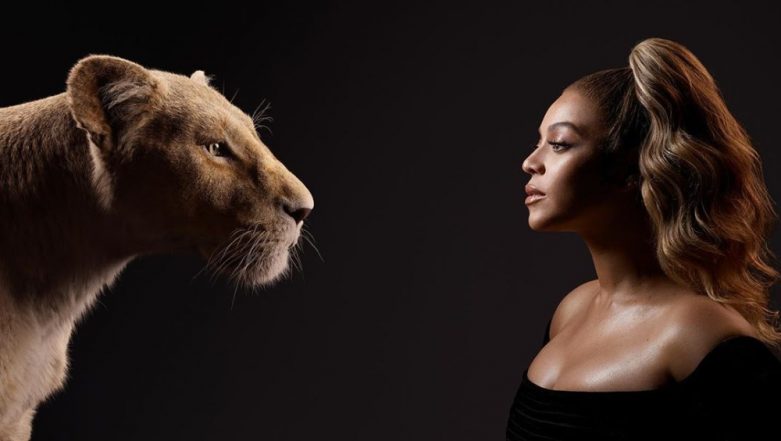 Beyoncé's contribution to the forthcoming The Lion King movie has finally been released and we have to admit, it sounds beautiful! With orchestral acoustics and choir-tipped choruses and some Afrobeat, the song, Spirit, is certainly a good one! The Lion King Teaser: Shah Rukh Khan's Deep Voice For Mufasa Will Win Your Heart Instantly (Watch Video)

Basically, the song is part of her upcoming album, The Lion King: the Gift. Spirit is also part of the soundtrack in the film for the live-action remake of Disney's The Lion King. Words fall short of how astoundingly beautiful Beyoncé sounds as she croons to the tunes of Spirit while uplifting our own spirits in some way or the other! Some of the lyrics of the song clearly mean that we must “Rise up to the light in the sky, yeah,” and, “Watch the light lift your heart up/Burn your flame through the night.” The song has been curated by the singer herself. The Lion King Trailer: Simba Finds His Place in the Circle of Life in Jon Favreau’s Dazzling Live Action Adaptation of Disney Property – Watch Video

In a statement, Beyoncé said, “This is sonic cinema. This is a new experience of storytelling. I wanted to do more than find a collection of songs that were inspired by the film. It is a mixture of genres and collaboration that isn’t one sound. It is influenced by everything from R&B, hip-hop and Afro Beat.” The Lion King: Disney Releases New Character Posters and a TV Spot That Promise You the Charm of the 1994 Original

On the same, she further continued, “I wanted to put everyone on their own journey to link the storyline. Each song was written to reflect the film’s storytelling that gives the listener a chance to imagine their own imagery, while listening to a new contemporary interpretation. It was important that the music was not only performed by the most interesting and talented artists but also produced by the best African producers. Authenticity and heart were important to me.”

Beyoncé is the voice of the grown-up lioness Nala, who is also Simba's childhood best friend and later love interest. A peek at Beyoncé and Donald Glover's (who voices Simba) rendition of Can You Feel the Love Tonight did appear during one of the promos and we have to admit, it sounded just as magical as the original track. The Lion King releases on July 19.