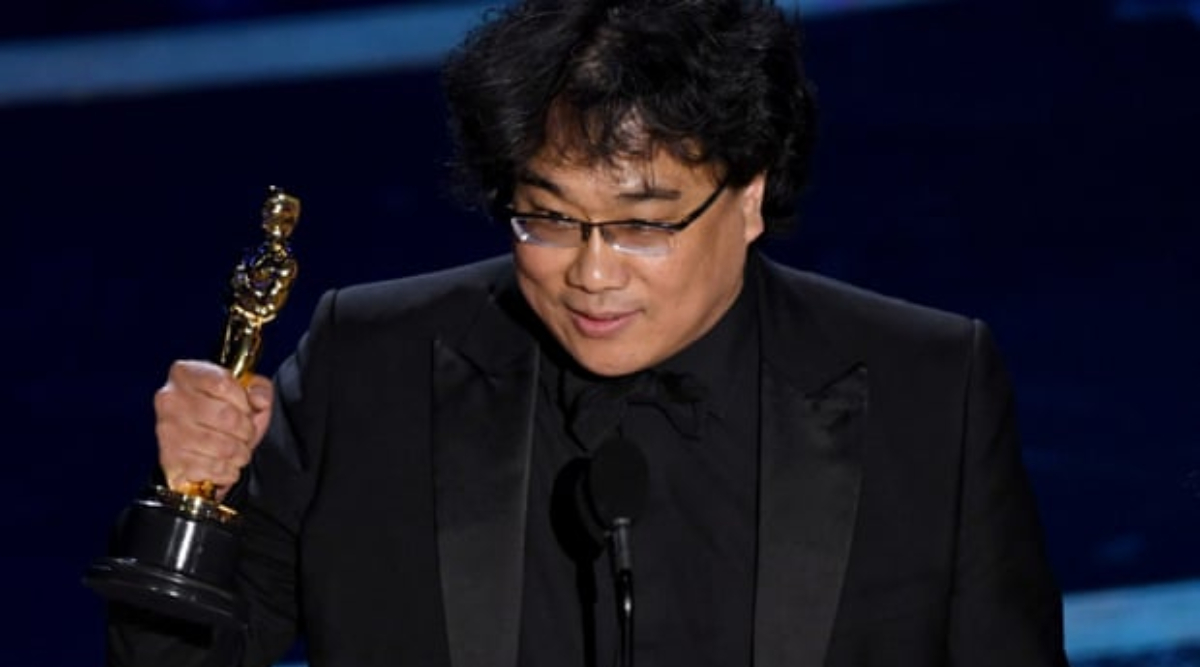 Parasite fans can get a glimpse into the creative mind of director Bong Joon Ho as he publishes "Parasite: A Graphic Novel in Storyboards" in the US to celebrate the multiple Oscar-winning films's one year anniversary. "Parasite" had a sensational debut at the Cannes International Film Festival on May 21. The celebrated South Korean-director is known for extensively storyboarding his scenes before shooting and the 293-page book reprints his and co-screenwriter Han Jin-won's screenplay alongside the hundreds of storyboards Bong drew to plan every scene in the movie, reported IndieWire. The book will also feature production stills and Bong's illustrations and doodles for the film. Parasite Director Bong Joon-Ho Says He Wishes to Make a Musical Movie In Future.

Bong revealed why he believes in storyboarding before shooting his scenes in the foreword of the book. "This book no way purports that storyboarding is an essential shortcut to making good films. I actually storyboard to quell my own anxiety. I only feel safe when I have all the shots of the day storyboarded in my palm. Whenever I go to set without storyboards, I feel like I'm standing in the middle of Grand Central Terminal wearing only my underwear," the director said. Bong Joon-Ho’s Oscar Winning Film ‘Parasite’ Makes Its Digital Debut on Amazon Prime, Yay, You Have a New Quarantine Timepass!

According to him, storyboards detail the construction of each shot as sort of a blueprint. "They can be shot exactly as drawn and serve as valuable blueprints for the crew members. The finished film never deviates far from the storyboards, and this allows the crew to trust the process. Crew members who have worked with me in the past are especially aware of this," he added.

Parasite, which examines the class divide in the Korean society through a poor family scheming its way into a rich man's house with disastrous results, became a phenomenon on its debut at Cannes in May last year, starting a winning March that ended at Oscars. The film made history by becoming the first non-English and the first South Korean movie to win the Best Picture Oscar. It also won the Best International Film, Best Director for Bong and Best Original Screenplay for Bong and Han.