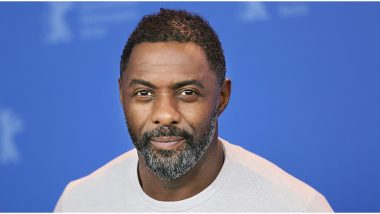 British star Idris Elba has announced that a movie version of his popular detective drama series "Luther" is finally happening. The series, created by Neil Cross, featured Elba as DCI John Luther, a near-genius murder detective whose brilliant mind can't always save him from the dangerous violence of his passions. The show ended its five season run in 2019 and since then, Elba has been teasing the possibility of a film version. Idris Elba Doesn’t Want Censorship of Old Racist Sitcoms, Says ‘We Should Be Allowed to Say What We Want to Say’

On Friday, Elba received the Special Award at the BAFTA TV Awards 2020 and talking to the press later, the actor confirmed that the "Luther" movie is moving forward, reported Digital Spy. "I've maintained that I'd like to see (Luther) come to a film. That's what I think we're headed towards, is a film. I'm looking forward to making that happen. It is happening," the 47-year-old actor said. A World of Calm: Idris Elba, Keanu Reeves, Nicole Kidman and More to Narrate HBO Max Series Based on an App

Elba further said that the movie version of the beloved show will give him the opportunity to explore the character more. "With film, the sky is the limit. You can be a little bit more bold with the storylines. And a little bit more international, and a little more up the scale. But John Luther is always going to be John Luther," he added.