The International Emmys 2019 were held recently and we bet you were excited because two big Netflix shows had bagged a nomination for the honour. While Lust Stories and Sacred Games did not win, here's who won at the 47th International Emmys. 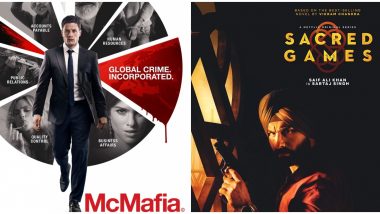 International Emmy Awards 2019 was held in New York on November 25. It was a big moment for India as two shows made their way to nominations for top honours. Filmmakers Karan Johar, Anurag Kashyap, Zoya Akhtar graced the red carpet as their shows, Sacred Games and Lust Stories were nominated for International Emmys. Lust Stories, a chapter of which Karan Johar directed, was nominated for two International Emmys - Best TV Movie/Mini-Series. Also, Radhika Apte had bagged the best actress nomination though the award eventually went to Hungarian actress Marina Gera for Orok Tel. Another Indian show to bag a nomination was Sacred Games for best drama series, though the award was won by McMafia, which starred Nawazuddin Siddiqui. International Emmy Awards 2019: Nawazuddin Siddiqui, Radhika Apte and Sacred Games Team Look Glam on the Red Carpet.

This was the 47th year of the International Emmys and it was indeed a big celebration. Filmmakers Karan Johar and Anurag Kashyap also managed to pose with Game Of Thrones showrunners, David Benioff and DB Weiss and had their fanboy moment of sorts. Actress Radhika Apte also managed to make heads turn at Emmys red carpet as she turned up in a beautiful ruffle dress.

Even though Indian shows did not win this year, it certainly was great to have found recognition at the international stage. The digital content in India is exploding at the moment and with so many new shows with great topics, it looks the country will soon be bagging an International Emmy honour.

(The above story first appeared on LatestLY on Nov 26, 2019 09:50 AM IST. For more news and updates on politics, world, sports, entertainment and lifestyle, log on to our website latestly.com).