Justin Bieber Claims That He Was Just Goofing Around About Taking On Tom Cruise In A Fight! 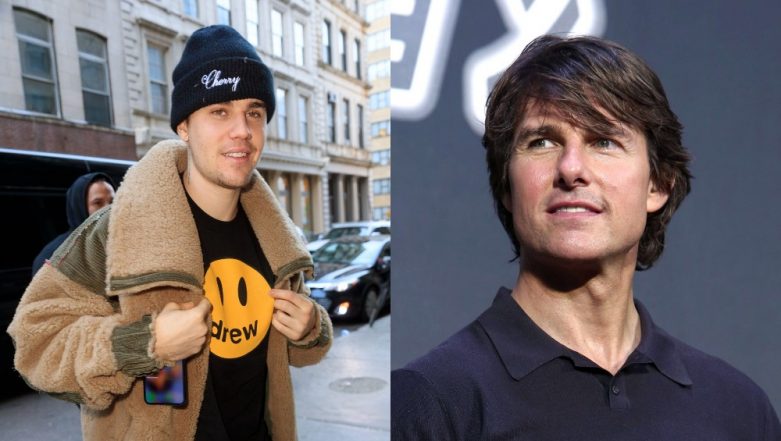 Justin Bieber's challenge directed towards Tom Cruise for a UFC fight was just another one of his gags. Or so claims the Canadian pop star. In fact, he is convinced that Cruise would kick his ass if a fight were to take place! Justin Bieber Challenges Tom Cruise to a UFC Fight and Twitter Takes the Pop Star to the Cleaners

As Bieber was leaving his wife Hailey Bieber's fashion line office, the paparazzi caught him and asked him to comment on the whole Tom Cruise challenge. To this, he played it cool and said that he was only goofing around! He further added that if a fight were ever to take place, Tom would definitely crush him because he doesn't believe in messing around. I Don't Care Song: Justin Bieber and Ed Sheeran's Wonderful Track is For All Those Introverts and Die-Hard Romantics Out There! (Watch Video)

I wanna challenge Tom Cruise to fight in the octagon. Tom if you dont take this fight your scared and you will never live it down. Who is willing to put on the fight? @danawhite ?

For those living under the rock, here's what happened three days ago. Out of nowhere, Justin Bieber took to his Twitter and shared a surprising tweet. He wrote, "I wanna challenge Tom Cruise to fight in the octagon. Tom if you don't take this fight your scared and you will never live it down. Who is willing to put on the fight? @danawhite?" Of course, even former UFC champion Conor McGregor also joined the fun and wrote, "If Tom Cruise is man enough to accept this challenge, McGregor Sports and Entertainment will host the bout. Does Cruise have the sprouts to fight, like he does in the movies?"

It did come across as a big surprise to everyone but perhaps he really was goofing around. JB's married life seems to have been spruced up really well ever since he has started taking therapy for mental health. Maybe that's what caused him to get a little jovial with Tom Cruise!