Kim Kardashian and Kanye West Welcome Fourth Baby Via Surrogate and It's a Boy! 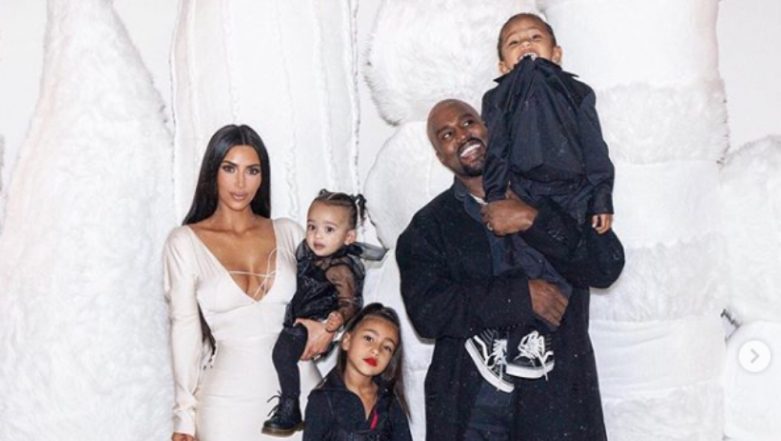 Kim Kardashian and Kanye West have welcomed their fourth child together, a baby boy born via surrogate on Friday, May 10. Kim took to Twitter to share the big news and fans of the couple are thrilled for their new bundle of joy. The couple are already parents to three children, North, Saint and Chicago West. A woman named La’Reina Haynes had carried Chicago for Kim and Kanye, but the couple went for a different surrogate this time around because Haynes was pregnant with a child of her own, as reported by Page Six.

While we are yet to find out the baby's name, we bet fans are going to take to social media to share their favorite potential names. During Chicago and Saint's birth, there were also popular jokes doing the rounds if Kim and Kanye would name their child after another direction such as South or East considering the last name reads West.

Even though 1-year-old Chicago is too young to understand that a new baby was coming, Kim had earlier stated in an interview in January that her 5-year-old North and 3-year-old Saint were looking forward to welcome another sibling. Met Gala 2019: A Lookback at Kim Kardashian, Kendall Jenner and Kylie Jenner's Red Carpet Appearances - See Pics!

Following the news of the new baby's arrival, many of the pair’s fans took to social media to congratulate them. John Legend also commented on Kim's tweet saying, "Congratulations." What do you think will be Kim and Kanye's baby no 4's name? Tell us in comments.