Noah Centineo Starrer He-Man Movie Masters of the Universe to Release on March 5, 2021

Noah Centineos take on Mattel warrior He-Man is scheduled to hit the theatres in 2021. Sony Pictures has set a March 5, 2021, release date for its fantasy adventure "Masters of the Universe", 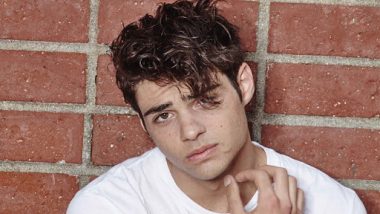 Los Angeles: Actor Noah Centineos take on Mattel warrior He-Man is scheduled to hit the theatres in 2021. Sony Pictures has set a March 5, 2021, release date for its fantasy adventure Masters of the Universe, which Centineo will lead as the Most Powerful Man in the Universe, reports variety.com. "Masters of the Universe" is based on the highly successful He-Man toyline, which served as the basis for an animated TV series (1983-85) as well as a 1987 film. Ashley Judd and Neil Patrick to Star in Chad Hodge’s Next Titled Anita

He-Man is the alter ego of Prince Adam, who uses the magical Power Sword to transform into a warrior hero and battle the villainous Skeletor with the help of his allies Teela, Man-at-Arms, Orko and The Sorceress. Dolph Lundgren starred in the original movie as the title character, while Frank Langella played Skeletor. Aaron and Adam Nee are set to direct the Mattel Films production from a script rewritten by "Iron Man" screenwriters Matt Holloway and Art Marcum. The Nee Brothers also have screen-writing credit. Hugo Weaving, Tilda Cobham-Hervey to Star in Lone Wolf

The project was previously written by David S. Goyer, who is also an executive producer. Centineo has starred in Netflix's "To All The Boys I've Loved Before" as well as "Sierra Burgess Is A Loser". He will reprise his role in "To All The Boys 2" and will appear in "Charlie's Angels" as Langston opposite Kristen Stewart, Naomi Scott and Ella Balinska later this year.

(The above story first appeared on LatestLY on May 17, 2019 11:29 AM IST. For more news and updates on politics, world, sports, entertainment and lifestyle, log on to our website latestly.com).