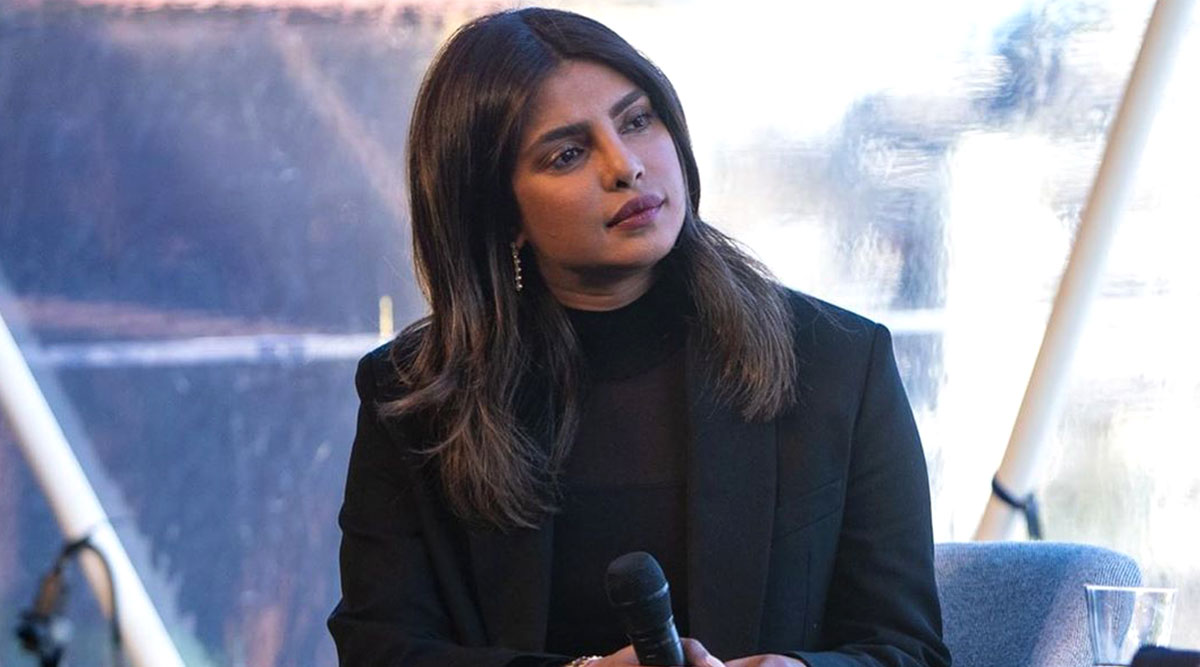 Priyanka Chopra is known to give out some powerful statements through her speeches and talks. The recent that she is slaying it like a boss is at World Economic Forum at Davos 2020. The global icon also revealed that she is soon going to attend a global live concert that has international singing sensations like Miley Cyrus, Coldplay, Billie Eilish's presence as well. She dropped this huge surprise at WEF 2020 and fans will definitely be looking forward to it. Priyanka Chopra Makes Powerful Statements on Countering Extreme Poverty and Climate Change in Her Interaction at WEF 2020 in Davos (Watch Video).

Speaking with Bloomberg, the desi girl revealed, "We are doing this thing which is called the Global Goal Live which is seven concerts in five continents at the same time on the same day which is on September 26, 2020. It is also the birth day of the Sustainable Development Goals. These concerts are going to have the most incredible talent from around the world participate." The same publication also tweeted how Miley Cyrus, Coldplay, Billie Eilish are very much a part of it.

Meanwhile, the actress made some bold statements on eradicating poverty and climate change as well. She stated how the generation is right now witnessing the worst refugee crisis that we've ever seen. She also expressed that how she wants the ambitious little kids to be able to fulfill all their dreams in the near future. She mentioned Greta Thunberg and how her generation further deserves to have a better environment and a place to live in.