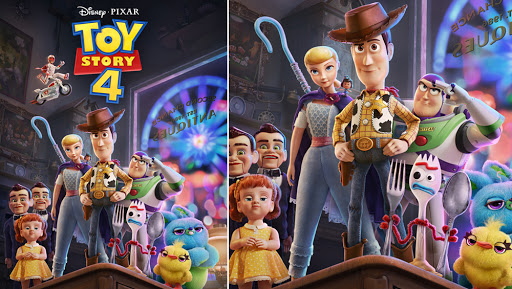 Tom Hanks's Hollywood animated movie Toy Story 4 releases on June 21 in India. The film is the fourth and final instalment of the Toy Story franchise -- a major reason to catch it on the big screens. Oscar-nominated for Inside Out (2015) screen-writer Josh Cooley marks his directorial debut with Toy Story 4. The film also stars John Wick: Chapter 3 – Parabellum actor Keanu Reeves who features in his first ever Disney project. In India, Toy Story 4 will clash with Shahid Kapoor's Kabir Singh and Dhanush's The Extraordinary Journey of the Fakir. Toy Story 4 Has Already Beaten Avengers: Endgame; Here's How!

Toy Story 4 is produced by Pixar Animation Studios for Walt Disney Pictures. It is the second Pixar film which is  100 minutes long after (2003) Finding Nemo. The animated comedy was premiered on June 11, 2019, at the El Capitan Theatre in Los Angeles. It will release in Disney Digital 3-D, RealD, and IMAX 3D formats like its predecessor Toy Story 3. Earlier, Tom Hanks revealed that the ending was emotional and "a moment in history." He also added that he couldn't face the crew while recording his final lines because he got emotional with them. Toy Story 4 Movie Review: Critics Love the Film's Visual Appeal and Humour But the Lacklustre Story Disappoints

Toy Story 4 stars Tom Hanks as Woody, the main lead. It also stars Keanu Reeves as Duke Caboom, Tim Allen as Buzz Lightyear, Annie Potts as Bo Peep and Tony Hale as Forky as the lead cast. The supporting cast includes Keegan-Michael Key, Madeleine McGraw and Christina Hendricks among others. The makers stated that the film is dedicated to Don Rickles, who died of kidney failure in 2017.

The film is a direct continuation to its prequel Toy Story 3, where Sheriff Woody and Buzz Lightyear, among their other toy friends, have found new appreciation after being given by Andy to Bonnie. A brand new toy "Forky" joins Woody and the gang; a road trip alongside old and new friends reveals how big the world can be for a toy.

The total budget of the first three Toy Story films is reported to be $320 million. Which means Toy Story 4 is made on a big budget of around $150 -175 million. The producers have not released official numbers regarding film's budget

Latestly has not yet reviewed this Tom Hanks film. We will be uploading our review of the film soon, so stay tuned for further updates.

Predicting Toy Story 4 box-office, American news portal Deadline wrote "A $200M opening is not out of the question, and in the wake of Disney pulling out all the stops with exhibition on Avengers: Endgame for an all-time domestic start of $357.1M, why shouldn’t we even question Toy Story 4‘s forecast".