Jayanti Waghdhare To Have an Exclusive Celebrity Talk Show on Planet Marathi OTT? Here’s What She Has To Say!

With the ever-growing demand for digital platforms, mainstream media channels are becoming a thing of the past. It won’t be wrong to say that the online streaming platform is the present and the future of the media and entertainment industry. 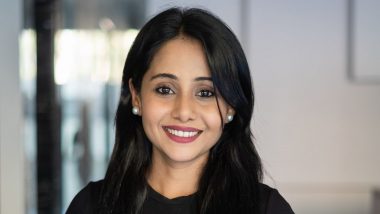 With the ever-growing demand for digital platforms, mainstream media channels are becoming a thing of the past. It won’t be wrong to say that the online streaming platform is the present and the future of the media and entertainment industry. Well, we all have witnessed it for more than a year ever since the COVID-19 pandemic shook the entire globe. The progress that OTT platforms have made in recent times is commendable and has opened doors for many web shows, documentaries, reality shows and feature films. Going with the flow, the former journalist Jayanti Waghdhare has made her foray into the digital space.

After her prosperous career as a senior journalist and an anchor at Zee 24 Taas, she recently joined Planet Marathi OTT as the AVP - Special Media. Unlike the other popular OTT players in the market, Planet Marathi OTT aims to focus more on regional content, precisely for the Marathi viewers. With an experience of more than a decade at Zee 24 Taas, Jayanti Waghdhare has covered almost all the major Bollywood events and has even interviewed some of the biggest names from the tinsel town. Utilizing her communication skills, she is now all set to be the face of the leading Marathi OTT platform.

It is known that Planet Marathi OTT will bring high-end quality content including web series, short films and feature films in the Marathi language. Moreover, under the leadership of Akshay Bardapurkar, the founder of Planet Marathi OTT, Jayanti is all set to fly high. Besides some unique and out of the box content, Jayanti Waghdhare was asked if she plans to bring an exclusive talk show of her own on the streaming platform. To this, she replied, “We are currently curating and working on a lot of content right now. It is too early to reveal anything, but I do have thought of bringing a one of a kind celebrity chat show on Planet Marathi OTT.”

According to Jayanti, the exclusive interviews of celebrities streaming only on the OTT platform will help to increase audience viewership. Apart from talk shows, the team at Planet Marathi OTT is also keen to bring web reality shows on its platform. With the kind of content Akshay Bardapurkar plans to bring for the audience, it seems that people of all age groups will be entertained. Let’s wait for what new the OTT platform has to offer to the viewers. We can’t wait to see the best Marathi content on this much-awaited streaming platform.