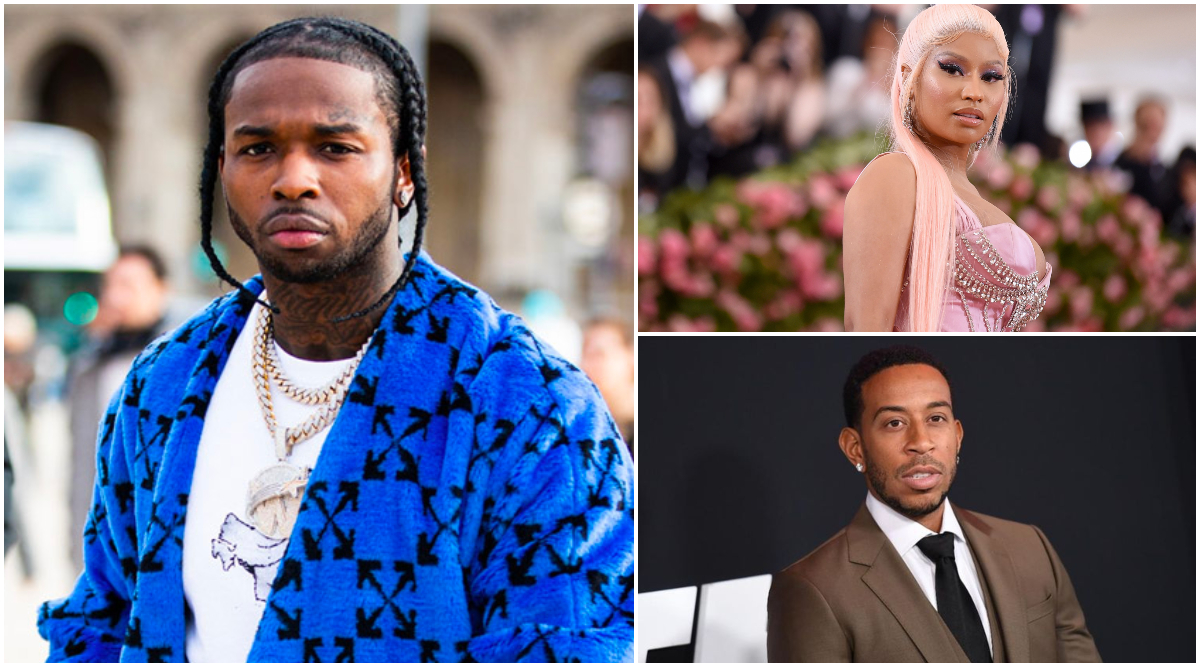 In a shocking incident, Brooklyn rap star Pop Smoke has been reported to be murdered. According to TMZ, Pop Smoke was shot and killed early morning on February 19 in seems to be a home-invasion robbery. The news of the 20-year-old rapper's death has left his fans in utter shock. As per reports, Police claim that two men broke into Pop Smoke’s Hollywood Hills house around 4:30 am and shot the musician. Smoke shot to fame after he released his first song “MPR” in December of 2018. His rise has been meteoric and the music industry too is mourning the loss of such young talent. Pop Smoke Dies at 20: American Rapper Gets Murdered at His Residence.

Hearing about the news of Smoke's shooting, several big artists such as 50 Cent, Nicki Minaj and more took to their social media to express their grief and shock over the news. Sharing a picture of Pop, Nicki wrote in her Instagram post, "The Bible tells us that jealousy is as cruel as the grave. Unbelievable. Rest In Peace, Pop." 50 Cent also took to Twitter and wrote, "R.I.P to my man Pop Smoke, No sympathy for winners. God bless him." Here are the reactions of artists from the music industry on losing the young rapper.

The Bible tells us that jealousy is as cruel as the grave. Unbelievable. Rest In Peace, Pop.

R.I.P to my man Pop Smoke, No sympathy for winners. 🕊God bless him pic.twitter.com/5ZFa5ILUzl

Rest Up Pop Smoke, you were too young. God Bless and comfort your family. What a crazy trajectory you were on man smh 🙏🏾🙏🏾🙏🏾

it’s unfair. I’m so heartbroken rip the goat ur music will live on forever I’m so so so so angry #popsmoke pic.twitter.com/TQaFdjDULA

damn i meant to block someone n that shit deleteddddddddd

Man Come On I don’t even know dude but he was just getting started in this Rap Game. I was definitely interested in seeing his Growth. Too many young lives with so much potential being taken away. This Shit has to stop 🛑 🙏🏽 R.I.P. Pop Smoke

Smoke was scheduled to kick off his international tour later this month. Many fans poured in tributes to Pop Smoke on social media after news of his passing spread. We convey our condolences to Smoke's family and friends in this tough time.