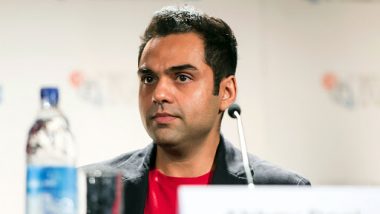 "I've played the anti-hero through most of my career. Oh and this one's in Tamil ??! New language, new territory. Grateful," Abhay wrote on Instagram on Friday. Abhay Deol on Censorship in Netflix and Amazon Prime: Won’t Stop People From Watching Sex and Violence Available Online

On the set of a movie called “The Hero” where I play “The Villain!” Was a natural progression I guess, I’ve played the anti-hero through most of my career. Oh and this one’s in Tamil 😳! New language, new territory. #grateful

Along with the post, he shared a few photographs of himself from the set. Hero is being directed by PS Mithran

(The above story first appeared on LatestLY on Aug 23, 2019 07:54 PM IST. For more news and updates on politics, world, sports, entertainment and lifestyle, log on to our website latestly.com).