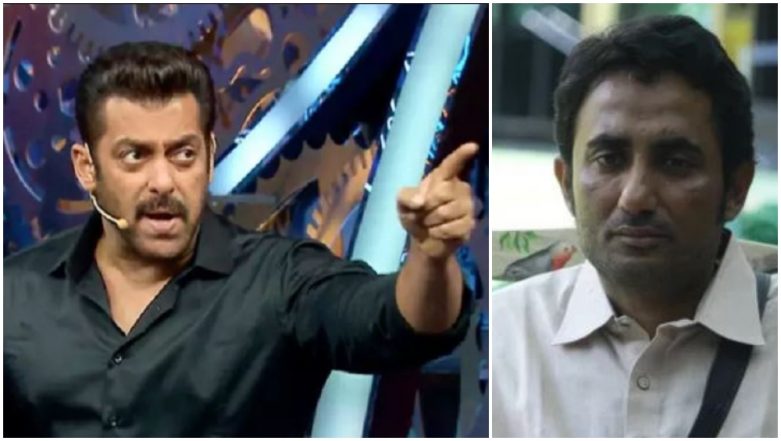 Remember Zubair Khan from Bigg Boss 11? Well, for most of you who do not, let us remind you, he was a contestant in season 11 of the Colors show where he claimed to be related to underworld don Dawood Ibrahim and his sister Hasena Parker and not only warned his co-contestants to steer clear of him, but also got into a huge spat with Salman Khan, telling the host that he knew all about ‘his connections’. While soon after the Weekend Ka Vaar drama unfoiled, Zubair Khan apparently swallowed a whole lot of sleeping pills and was evicted from the house on both medical reasons and also for securing the least amount of votes. Bigg Boss 11 Besties Hina Khan and Priyank Sharma Come Together for Arijit Singh’s Romantic Single Titled Raanjhanaa

Soon after, not only did Zubair reveal some details of his contract but also allegedly filed a police complaint against Salman Khan at the Lonavala police station alleging the host of threatening him. This Old Video of Bigg Boss 11 Contestant Benafsha Soonawalla Kissing a Girl is Going Viral

In his complaint, he mentioned that Salman threatened him saying that he will never let Zubair find any work after his exit from the house also stated that Salman said – ‘I will make you a dog and I will see you after you leave the show.’

While no one’s heard a wink from Zubair after his exit and his huge claims, Times Now reports that the above-mentioned case has been closed and Salman Khan has been acquitted from the same, and here’s why. After going after Salman Khan, Endemolshine and Mumbai’s Viacom 18 for maligning and tarnishing his image in national television, Zubair himself filed an appeal to withdraw the case in April 2019.

Salman Khan’s legal counsel Advocate Nitish Chorbele and Sunita Bansal, who represented the actor in the sessions court revealed to a portal, “In April 2019, Zubair Khan applied to withdraw the case filed in the Judicial Magistrate First Class Court in Vadgoan Maval, as he does not want to escalate the matter. The court found that the application had been made voluntarily and also noticed that the sessions court has granted stay in the matter. Thus, the court disposed the complaint filed by Zubair and acquitted Salman Khan for an offence punishable under sections 504 and 506 of IPC."