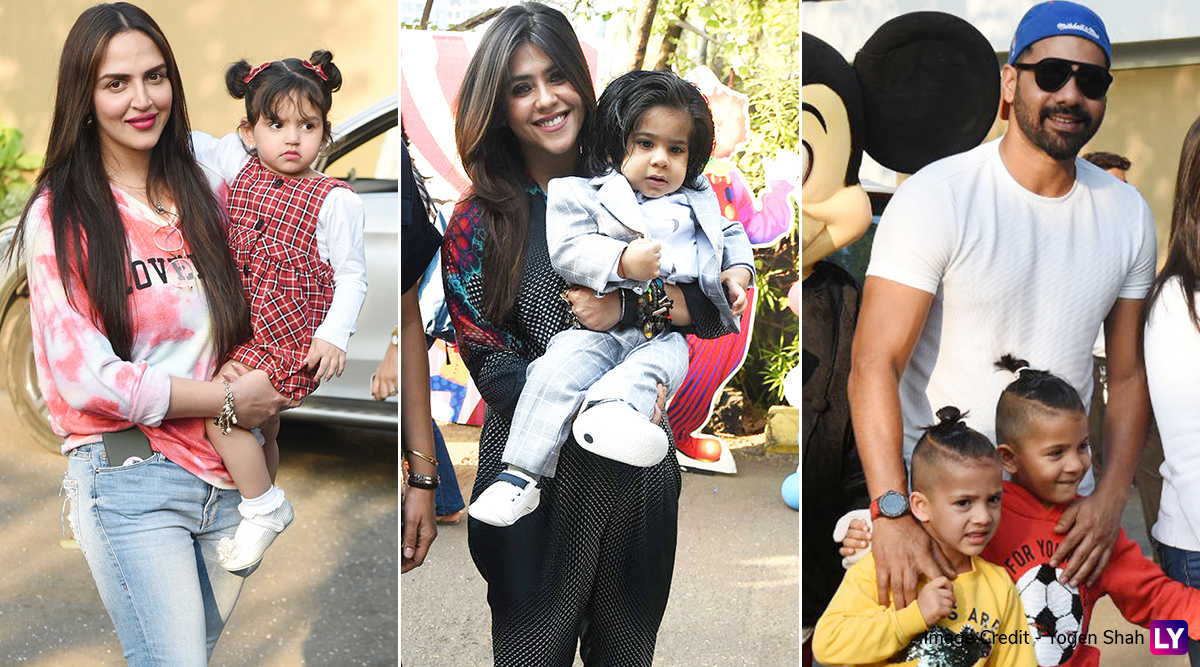 Television queen, Ekta Kapoor was blessed with a baby boy namely Ravie Kapoor on this day. Yep, it's been a year for Ekta and baby Ravie. Kapoor had welcomed her kiddo via surrogacy. While we have seen photos of Ravie Kapoor surfacing on the web, but let's agree, none of them are quite clear ones. And as the munchkin celebrates his first birthday on January 26, 2020, how can mommy, Ekta not throw a grand bash! And so, we've got our hands a few (clear) pictures from Kapoor and son's birthday bash and they are literally cute. Ekta Kapoor Names Newborn Son Ravie After Jeetendra's Original Name.

Grabbing her kid in arms, just like a doting maa, Ekta was clicked with her son Ravie. Not to miss, the birthday boy's look who was papped in a grey suit as he adorably posed with his mumma for the paparazzi. Television producer, Ekta's party saw her industry friends arriving at their fashionable best. Esha Deol, Shabir Ahluwalia and fam, Divya Khosla Kumar with her son and many others posed for the shutterbugs. But it's Ekta's picture with her son which stole the limelight from one and all. Ekta Kapoor Reveals The PLOT of Yeh Hai Mohabbatein's Spin-Off Yeh Hai Chahatein (View Tweets).

Check Out The Photo Of Ekta And Her Son Ravie Below: 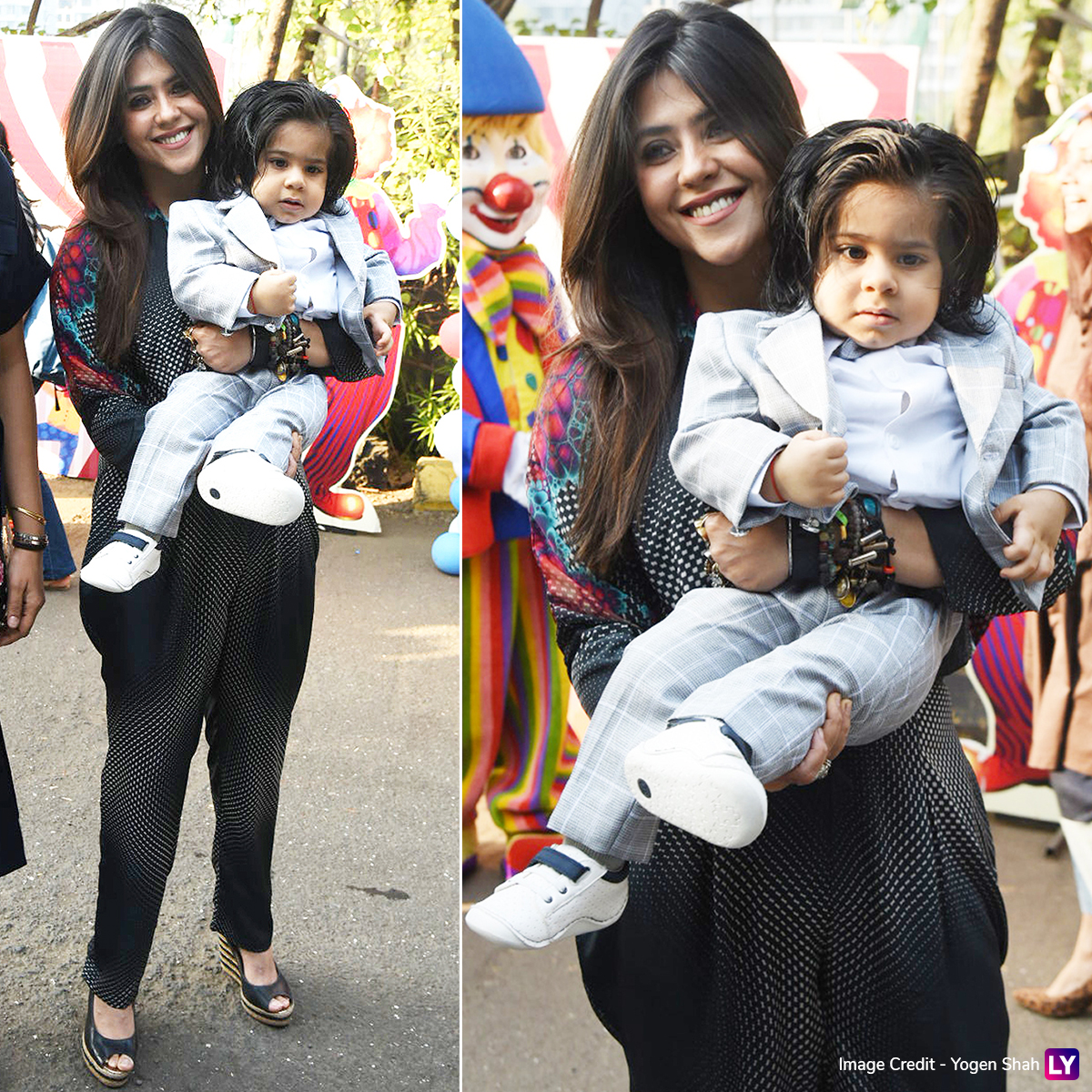 Here's A Photo Of Kumkum Bhagya Fame Shabir Ahluwalia With His Family: 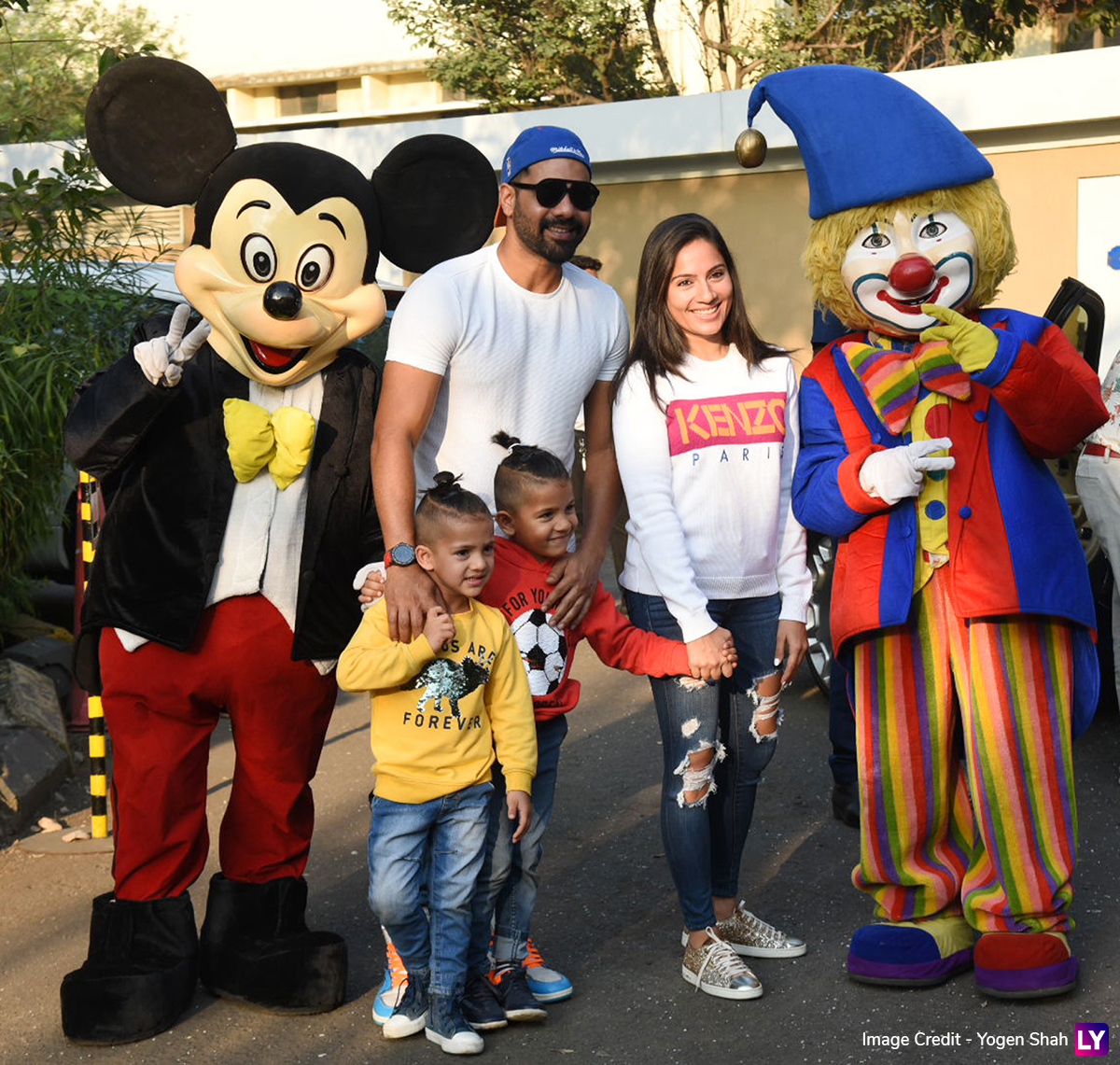 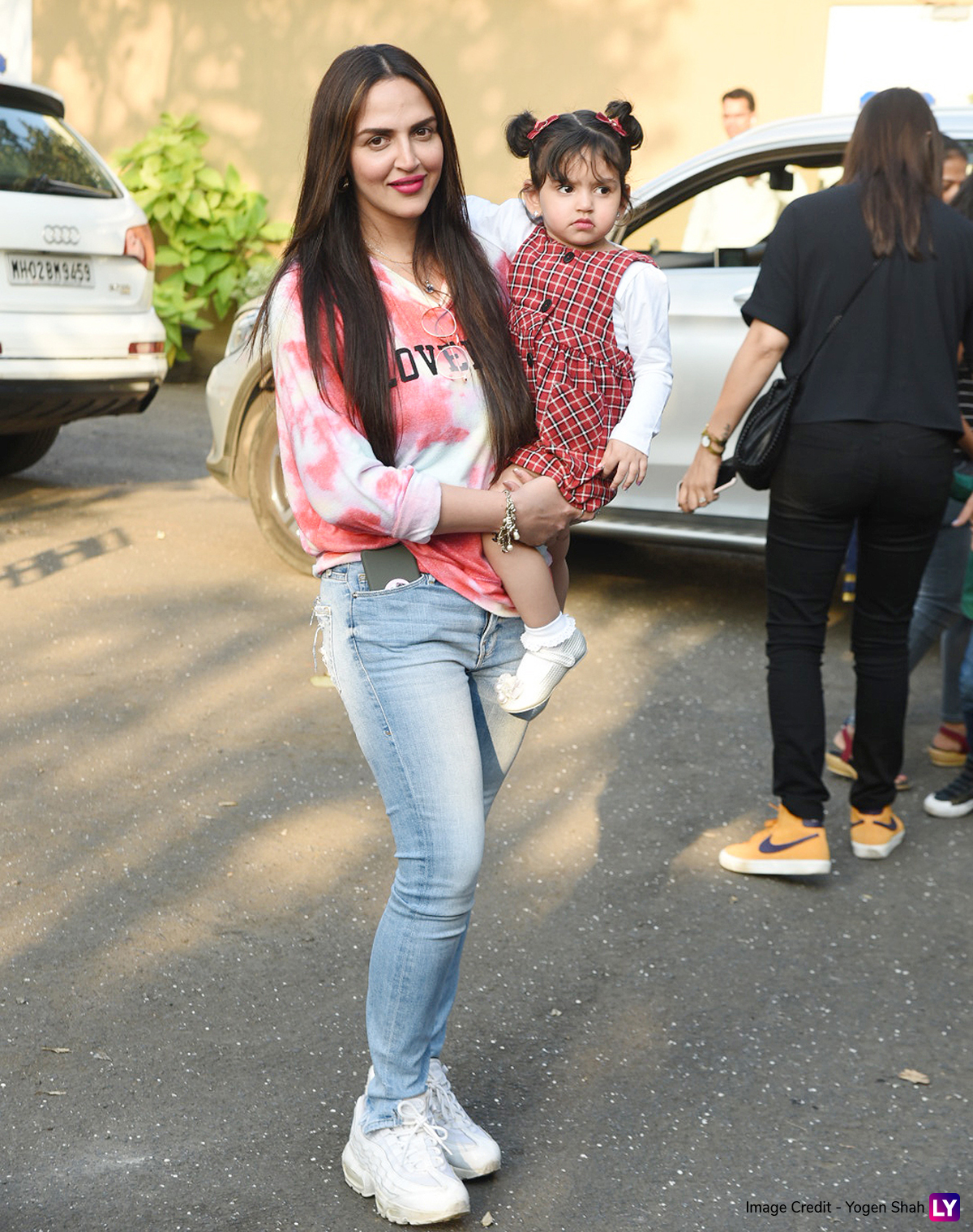 Even Divya Khosla Kumar Made Her Presence Felt With Her Son: 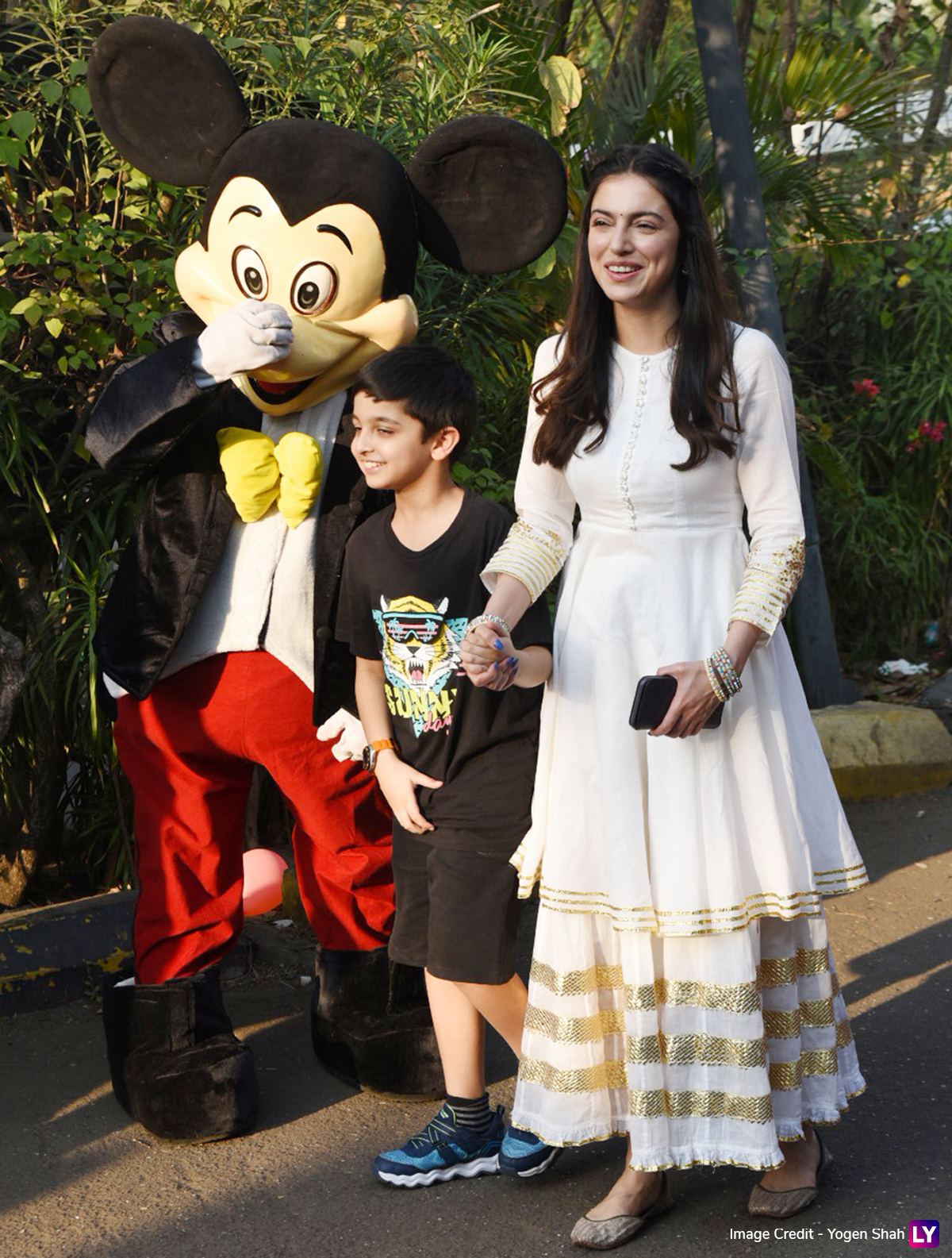 For the unversed, Ekta waited for almost seven years to become a mother and had tried various methods, but all went in vain. Earlier, in one of her social media posts, she had praised her doctor, Nandita Palshetkar (IVF specialist), who is the reason behind Ravie. The director-producer named her son after her father Jeetendra whose real name is Ravi. Stay tuned!