Read on to know what the actor had to say. 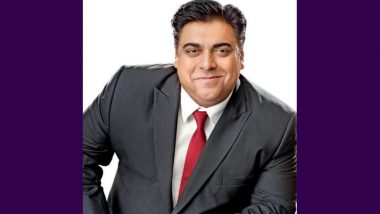 Colors is all set to wrap up Naagin 3. The show that has been on air for a few months now, has actors Pearl V Puri, Surbhi Jyoti and Anita Hassanandani in the lead roles. While the show was enthralling fans with some edge of the seat twists, the makers will be pulling the show off air in the month of February. And taking its place is the sequel of the Mona Singh-Vivek-Dahiya-Sara Khan starrer Kavach- Kaali Shaktiyon Se. Kavach 2 has been in the works and in the buzz too for a very long time now. Uh-Oh! Surbhi Jyoti and Pearl V Puri’s Naagin 3 to Go off Air in February?

Kavach season 1, chronicled the story of a ghost Manjulika (initially played by Maheck Chahal and later on by Sara Khan), who is obsessed with Rajbeer (Vivek Dahiya) her lover from her previous birth. Manjulika tries to get Rajbeer trapped, but his wife Paridhi (Mona Singh) steps in and saves her husband from Manjulika and her evil eye. Trolls Call Sara Khan’s Lip Job Gone Wrong, Actress Shuts Them Down Like a Boss

And media is abuzz with speculation that Ekta is roping in her best- Ram Kapoor, Sakshi Tanwar and Prachi Desai to essay the main roles in the sequel. It has been reported that Ram Kapoor and Sakshi Tanwarwill be playing a couple. However, Ram's family will get Sakshi (her character) killed (Ram will not know about it) and will get him married to Prachi Desai's character. And Sakshi will return as a ghost to destroy the family's peace and avenge her death.

However, when we contacted Ram Kapoor, the actor denied even being approached for the show. He said,

"I Have Not Been Approached For Kavach 2."

We also tried reaching out to Prachi and Sakshi, but both of them remained unavailable until the time of filing the story.

Well, Ram Kapoor and Sakshi Tanwar currently have their hands busy with another Balaji project, Karrle Tu Bhi Mohabbat Season 3. And after watching their electrifying chemistry first in Bade Acche Lagte Hai and then in the previous two seasons of Karrle Tu Bhi Mohabbat, we won't mind if Ekta or any other production house brings the pair back together.

(The above story first appeared on LatestLY on Jan 14, 2019 03:02 PM IST. For more news and updates on politics, world, sports, entertainment and lifestyle, log on to our website latestly.com).