Ishaan Khatter to Mark his Web Debut with an Adaptation of Salman Rushdie’s novel, Midnight’s Children? 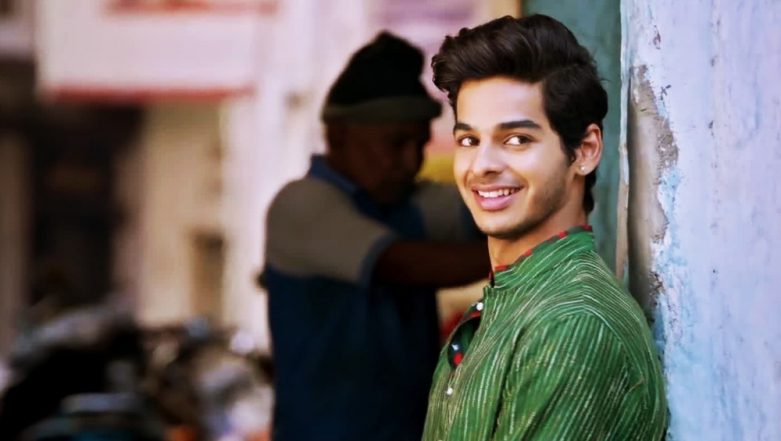 Ishaan Khatter in a still from Dhadak. (Photo Credits: Instagram)

Ishaan Khatter had two major releases in his debut year. While he forayed into cinema with Majid Majidi's Beyond the Clouds, his big Bollywood break was Karan Johar's Dhadak. And while his co-star, Janhvi Kapoor, is on a signing spree, the star kid is yet to announce his next release. Is he being too choosey with his choices? We don't know but while Janhvi has Takht, Rooh-Afza and a biopic on IAF pilot, Gunjan Saxena, Ishaan has no new projects in his kitty and the reason could be his web debut. Filmfare Awards 2019: Ishaan Khatter Dedicates His Best Debut Award to Brother Shahid Kapoor.

Yes, as per a report in Cineblitz, Ishaan is all set to star in a web series directed by Vishal Bharadwaj for Netflix. The actor was earlier in talks to star in Mira Nair’s eight-part series adaptation of Vikram Seth’s 1993 novel A Suitable Boy for BBC. However, when Bharadwaj approached him for an adaptation of Salman Rushdie’s novel, Midnight’s Children, the debutant willingly gave his nod to it and conveyed the same decision to Mira Nair. There are chances that Shahid, who shares a great rapport with Haider filmmaker, asked Ishaan to reconsider his previous decision about and go ahead with Vishal Bharadwaj. Has Ishaan Khatter Signed His Next With Kaala Director Pa Ranjith?

After Ishaan exited Nair's next for BBC, she approached Randeep Hooda to star in it and he was quick to come on board. It's interesting to see Ishaan venture into the web world so soon. Though we'll wait for makers to announce it officially before getting all excited for this project.