Jasleen Matharu Confirms Being In A Virtual Relationship With A Bhopal-Based Surgeon, Courtesy, Anup Jalota (Details Inside) 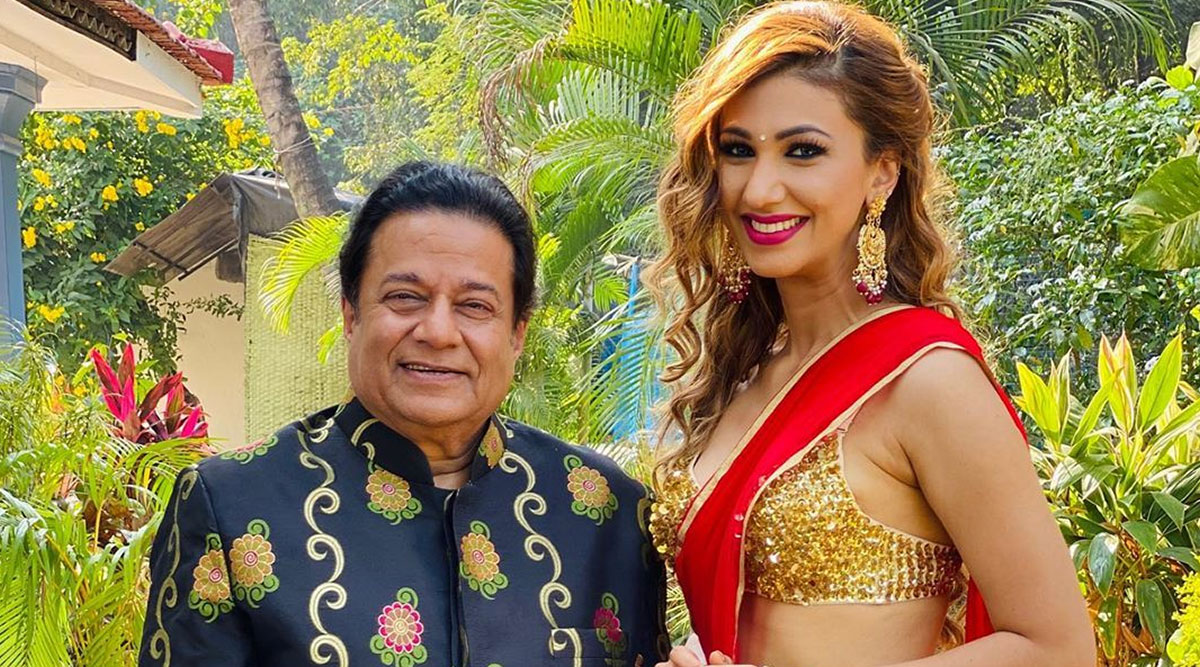 Singer Jasleen Matharu has been in the limelight ever since she participated in Bigg Boss 12 with her 'then-boyfriend' Anup Jalota. However, after they both milked all kinds of exposure and publicity for their relationship in the house, they labelled it as a prank that 'went too far', thus putting an end to it all. Jasleen was then linked to Punjabi Singer Sukhwinder Singh and her BB12 co-contestant Shivashish Mishra. Dr Abhinit Gupta and Jasleen Matharu Instagram Video Is Burning the Internet.

However, the actress has finally admitted to being in a relationship with a Bhopal-based aesthetic surgeon, and it was her 'Guruji' Anup Jalota who played matchmaker for them. Anup Jalota Rubbishes Wedding Rumours With Jasleen Matharu, Says He Is 'Looking For A Suitable Match For Her'.

As per reports, Anup introduced Jasleen and her supposed virtual boyfriend a week-and-a-half ago on a video call. "Anupji had told me about this doctor, who separated from his wife last year. But, the matter couldn’t progress owing to the lockdown. However, rather than delaying it further, he introduced us virtually. We talk a lot and get along well," Jasleen told TOI. Is Bigg Boss 12 Fame Jasleen Matharu Married? Actress Poses With Sindoor and Shaadi Ka Chooda (Watch Video).

She also went on to add that her surgeon-boyfriend is not bothered in the least with her link-up with Anup Jalota. She revealed, "He has not mentioned it even once. Anyway, we don’t talk about each other’s past. He is yet to get a divorce and so, we are taking one day at a time. I just want to say that it’s my life and I am happy that Anupji is involved in it."

Anup also opened up to the daily on him playing the matchmaker to Jasleen and the surgeon. "Theirs is a cultured family and I have known them for five-six years. I am hopeful that things will work out between them, eventually. I had promised that I would do her kanyadaan and I hope to do it whenever Jasleen chooses to marry," Anup concluded.