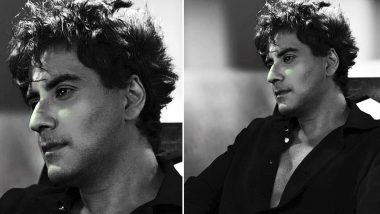 Despite Karan Oberoi securing bail from the Bombay High Court in the rape case filed against him, there seems to be no respite for him and his family. Karan’s father, Brigadier BJS Oberoi, was admitted to the Army Hospital in Colaba last night, due to ill-health, reported Bombay Times. The daily spoke to Karan’s sister Gurbani, who confirmed the news and told them, “Karan hasn’t recovered from his ordeal. He breaks down every now and then, and that has affected our father, who was already unwell.” Karan Oberoi Rape Case: The Singer-Actor and Band of Boys To Perform At #MenToo Rally on June 15!

For the uninitiated, Karan was arrested on May 5, when a 34-year-old tantric-cum-healer filed a rape and extortion case against the actor and singer. In her complaint, the woman alleged Karan of spiking her coconut water and raping her, recording the whole act and then extorting money from her.

Karan applied for bail, but the Sessions Court rejected the plea. Karan then appealed to the Bombay High Court. Before his bail hearing could take place, the complainant filed another FIR with the Oshiwara Police alleging that 4 motorcycle-borne assailants assaulted her and threatened her to take the case back. The woman had also sustained injuries as one of the assailants had slashed her right arm. Karan Oberoi Rape Case: Complainant Attacked and Threatened to ‘Take the Case Back’

However, it soon came to light that the whole incident was orchestrated by the complainant and her lawyer, after which Karan’s bail plea was approved. Actress Pooja Bedi, who is one of Karan’s closest pals, had revealed to the daily yesterday that she was hosting Karan and his friends at her place for dinner, however, with his father being rushed to the hospital, their plans were canceled.

(The above story first appeared on LatestLY on Jun 11, 2019 03:49 PM IST. For more news and updates on politics, world, sports, entertainment and lifestyle, log on to our website latestly.com).