Naagin 3 Spoilers: Vish to Marry Mahir in the Upcoming Episode or Is There a Twist? – View Pics 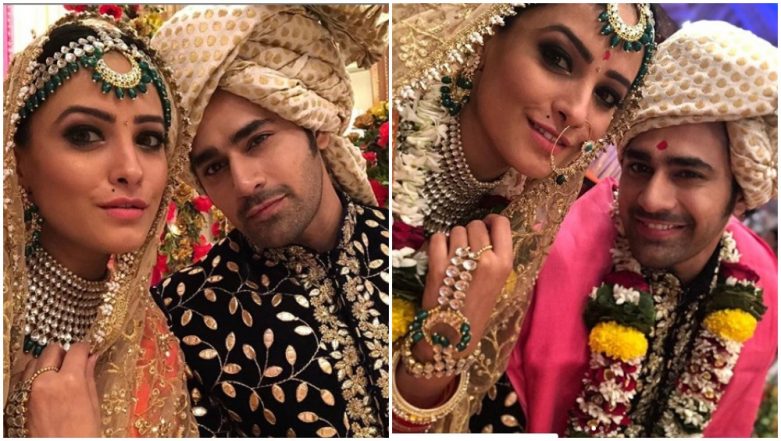 Surbhi Jyoti, Anita Hassanandani and Pearl V Puri starrer Naagin 3 is one of the most popular television shows. Ever since the show went on air, it has gained the position on the top of BARC’s (Broadcast Audience Research Council India) list of most watched shows in the country. Therefor, the makers of the show too are making sure to bring new twists and turns. In the upcoming episode, the daily soap with interesting twists up its sleeve will charm its viewers. Yes, you read that right. Earlier today, Anita took to the photo-sharing app to share a couple of pictures from the sets of Naagin 3, where the actress is seen dressed as a bride. Naagin 3: 5 Reasons Why Pearl V Puri and Surbhi Jyoti’s Show Monopolises the Top Spot in the TRP Charts

Going by the looks of the pictures, it seems, in the upcoming episode, Vishakha (Anita) and Mahir (Pearl) will get married. Getting back to the picture, this latest post of Anita got some really interesting comments to read. While Naagin co-star Karishma Tanna commented on the picture and wrote, "how lovely couple," Anita's real-life hubby Rohit Reddy wrote, "Oye Pearl, sambhal jaa."

Ekta Kapoor’s popular fictional show Naagin has been the talk of the town ever since its first season. While the previous 2 seasons went on to be a huge success, the TV Czarina returned with the third instalment of her fictional TV series Naagin. Despite a lot of criticism and trolling on social media, Naagin 3 has managed to pull its audiences back to the television screens. From the star cast, the chemistry between the lead actors, great acting to witty and sarcastic dialogues, everything wins the hearts of the ardent fans of Naagin. Watch this space for further updates.