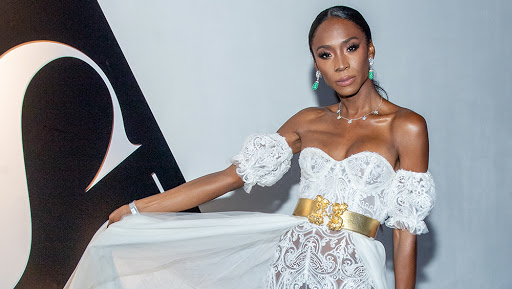 Los Angeles: Angelica Ross has boarded the cast of Ryan Murphy's American Horror Story: 1984 and the actor said she is overjoyed to script history as the first trans artiste to bag two series regular roles. Ross, who had a breakout role as Candy in Murphy's Pose, took to Twitter on Wednesday to share the news.

"I am elated to make history as the first trans actor to secure two series regular roles, leaping from #PoseFX to #AHS1984. "Thank you @MrRPMurphy for the gift of playing Candy and creating my newest role on American Horror Story! I'm so honoured and excited to join the @AHSFX family!" she wrote. American Horror Story Season 9 Title Revealed to Be ‘1984’ with a Slasher Style Teaser – Watch Video

The news came shortly after an important episode on Pose, which shone a light on violence against trans women of colour through Candy's character. Murphy, while praising Janet Mock for being a "star" writer on the acclaimed FX drama, also announced Ross' casting in "AHS: 1984". "Though she will always be our Candy, and our show suffers this incredible loss, I am elated that the world will get much more Angelica. Game of Thrones Actor Maisie Williams Roped In for Sky’s Comedy Series Two Weeks to Live

I am ELATED to make history as the first trans actor to secure 2 series regular roles, leaping from #PoseFX to #AHS1984. Thank you @MrRPMurphy for the gift of playing Candy & creating my newest role on American Horror Story! I’m so honored & excited to join the @AHSFX family!!! pic.twitter.com/dRBprRUPDY

"She is joining the American Horror Story family in another unforgettable role. Congrats Angelica for making history, leaping from #PoseFX to #AHS1984. Welcome to the #AHS family!" the co-showrunner wrote on Instagram.

Ross' casting follows news that "AHS" mainstay Sarah Paulson will not return in a series-regular role for its upcoming ninth season.