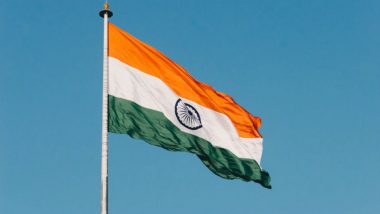 New Delhi, Aug 15: India is celebrating it's 72nd Independence Day on August 15. Since 15th August, 1947, when India attained Independence, the country has been evolving, with significant social and economic changes taking place. India is seen as an emerging superpower under successive democratically-elected governments. To bring India where it stands today, several leaders have sweat blood. From Jawaharlal Nehru to Dr Manmohan Singh, there is a long list of leaders who contributed significantly to the country's progress.

Jawaharlal Nehru: Born on 14 November 1889, Jawaharlal Nehru was the first prime minister of India. Nehru, a freedom fighter, outlined a plan to provide free primary education, oversaw the establishment of many institutions of higher learning, made many changes to Hindu law such as the criminalisation of caste discrimination, and envisioned the developing of nuclear weapons and established the Atomic Energy Commission of India in 1948. Nehru also championed secularism and religious harmony, roaming across the national capital when the country was facing the brunt of partition.

Bhimrao Ramji Ambedkar: Babasaheb was the first law minister of the country, principal architect of the Constitution of India and a founding father of the Republic of India. He fought relentlessly against social discrimination of Dalits. Ambedkar's legacy as a socio-political reformer, had a deep effect on modern India. His socio-political views are respected across the political spectrum.

Vallabhbhai Jhaverbhai Patel: As the first Home Minister and Deputy Prime Minister of India, Vallabhbhai Patel is credited for merger of Jammu and Kashmir, Hyderabad and Junagadh with India. His uncompromising committment to 'unified India' earned him the sobriquet 'Iron Man of India'. Patel also established the civil services division in Indian administration.

Abul Kalam Azad: As the first Education Minister of the Independent India, Azad oversaw the establishment of a national education system with free primary education. He is also credited with the establishment of the Indian Institutes of Technology (IIT) and the foundation of the University Grants Commission (UGC). Azad, a firm believer of Hindu-Muslim unity, fierecly opposed the two-nation theory and delivered a historic speech from Delhi's Jama Masjid and urged Muslims to not leave India.

Lal Bahadur Shastri: As the second prime minister of the country, Shastri led India to a war against Pakistan in 1965, which formally ended with the Tashkent Agreement on 10 January 1966. His slogan 'Jai Jawan, Jai Kisan' became very popular during the war time. Though, he is praised for taking several initiatives for farmers, economic problems of the country remained a concern during his tenure.

Indira Gandhi: Born on November 19, 1917, Indira Gandhi was the first and, to date, the only female Prime Minister of India. Indira, who was called Goongi Goodiya by opposition when she took the rein of the country in 1996, went on to become such a dominating figure in Indian politics that a Congress party president had coined the phrase 'India is Indira and Indira is India'. In 1984, she ordered Operation Blue Star to remove militant religious leader Jarnail Singh Bhindranwale and his armed followers from the Golden Temple. Though, the operation was succeful, it led to the assassination of Indira on 31 October 1984 by two of her Sikh bodyguards as an act of vengeance, triggering the 1984 anti-Sikh riots. The era of Emergency (1975–1977) remains a blot on Indira's regime.

Morarji Desi: Apart from being the 4th Prime Minister of the country, Morarji Desai was social worker, institution builder and a great reformer. He established the Mandal Commission or the Socially and Educationally Backward Classes Commission (SEBC) to identify who qualified as an "other backward class". Some accused him of scaling down the covert operations of RAW.

Jayaprakash Narayan: Born on 11 October 1902, Jayaprakash Narayan, also known as Lok Nayak, led the Bihar Movement and launched a 'total revolution' against the Indira Gandhi regime between 1974 and 1975. He united opposition parties against the Congress. He led the Janata Party (a group of anti-Indira Gandhi parties) to victory in Lok Sabha elections of 1977. The Janata Party became the first non-Congress party to form a government at the Centre.

Ram Manohar Lohia: Once a firebrand of Congress Socialists who looked upon Jawaharlal Nehru as their leader, Ram Manohar Lohia parted ways with the Congress in 1948 and became a member of the Praja Socialist Party upon its formation in 1952. A spellbinding orator, Lohia advocated for various sociopolitical reforms in the Indian society.

Kanshi Ram: Known as Bahujan Nayak or Saheb, Kanshi Ram was a social reformer who worked for the upliftment and political mobilisation of the Bahujans. He founded the Bahujan Samaj Party (BSP) in 1984, which went on to form the government in Uttar Pradesh four times. In 2002, Ram had announced his intention to convert to Buddhism on 14 October 2006, the 50th anniversary of Ambedkar's conversion; however, he died just a few days short, on 9 October 2006.

Erode Venkatappa Ramasamy: He was a staunch supporter of rationalism, self-respect and women’s rights. He campaigned to eradicate caste system and opposed the exploitation and marginalisation of the non-Brahmin Dravidian people of South India.

the first non-Congress Prime Minister to serve a full five-year term. As the PM, Vajpayee refused to bend under international pressure and oversaw five underground nuclear tests in Pokhran desert in Rajasthan. Vajpayee showed political will to find a permanent solution for Kashmir conflict, initiating a full-scale diplomatic peace process with Pakistan. However, when Pakistan backstabbed and attempted to capture Kargil, Vajpayee gave free hand to Indian armed forces that pushed them back and recaptured the territory. The victory in Kargil bolstered the image of Vajpayee and he was hailed across the country for his bold and strong leadership. However, the Vajpayee government is being criticised for surrendering before terrorists during the Kandahar episode.

Dr Manmohan Singh: He served as the Prime Minister from 2004 to 14 and was also the first prime minister since Jawaharlal Nehru to be re-elected after completing a full five-year term. However, his significant contribution was as the Finance Minister when he took several structural reforms that liberalised India's economy. As PM, Singh executed several key legislations and projects, including the Rural Health Mission, Unique Identification Authority, Rural Employment Guaranteescheme and Right to Information Act. Although India's economy grew significantly under Singh, his government faced a number of corruption charges.

(The above story first appeared on LatestLY on Aug 15, 2018 08:05 AM IST. For more news and updates on politics, world, sports, entertainment and lifestyle, log on to our website latestly.com).