Accordingly, they indicated diverting budgets towards adopting enhanced technologies that could provide an enterprise view of fraud (22 per cent); implementing enhanced fraud risk management processes for third parties (17 per cent); and creating awareness amongst employees (17 per cent) for fraud prevention. 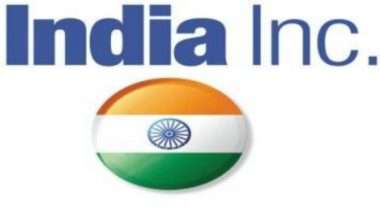 New Delhi, November 30: The uncertainty and business disruption brought about by the pandemic has contributed to fears amongst corporate India about the rise in fraud cases in the future. According to biennial survey - The India Corporate Fraud Perception Survey, Edition IV by Deloitte Touche Tohmatsu India LLP (DTTILLP), over 80 per cent of respondents felt fraud cases would rise in the next two years, a 22 percentage point increase over the previous edition of the survey in 2018. About 70 per cent respondents felt that fraud losses would rise and one-third of the respondents felt losses would be between 1 per cent and 5 per cent of revenues.

These adverse sentiments are due to large-scale remote working arrangements and changes in business models, which have made it challenging to understand fraud-related vulnerabilities. The survey findings indicated that such adverse sentiments were further exacerbated by reliance on static data for Fraud Risk Management (FRM) efforts. Coronavirus Impact on India Inc: Sectors Dependent on Chinese Imports Stare at Huge Losses

About 43 per cent respondents felt their existing fraud risk management frameworks were inadequate to address future frauds. Accordingly, they indicated diverting budgets towards adopting enhanced technologies that could provide an enterprise view of fraud (22 per cent); implementing enhanced fraud risk management processes for third parties (17 per cent); and creating awareness amongst employees (17 per cent) for fraud prevention.

For the first time in four editions of the survey, nearly 35 per cent respondents believed that future frauds would be detected using data analytics and other technology tools (and not rely entirely on conventional approaches, such as internal audits).

However, despite a growing realisation that technology would be key to future fraud risk management efforts, less than 5 per cent respondents indicated investing in anti-fraud technologies in the past six months. This inertia may be attributed to a limited understanding of long-term benefits that technology can offer (commensurate with the investments made), and the limited appetite for making such investments in a pandemic environment.

"Traditionally, many Indian organisations have directed a majority of their FRM efforts towards fraud detection, whereas technology interventions can be primarily geared towards fraud prevention. This will require a shift in mindset from fraud detection to fraud prevention. We believe this shift can be enabled by working towards building an enterprise-wide view of fraud and making strategic technology investments," said Nikhil Bedi, Partner and Leader, Forensic, Financial Advisory, DTTILLP.

Technology can also help organisations in fraud response, particularly if it involves responding to a regulator or seeking legal recourse. About 50 per cent respondents indicated seeking legal action against the parties involved in fraud (compared with 33 per cent in the previous edition of our survey). "The confidence to seek legal recourse may be a result of regulatory changes that are increasingly pushing for greater disclosures, as well as increased use of technology by organisations that can help document and preserve evidence to aid in faster resolution of cases," Bedi said.

(The above story first appeared on LatestLY on Dec 01, 2020 05:14 PM IST. For more news and updates on politics, world, sports, entertainment and lifestyle, log on to our website latestly.com).