Current Bull Market in India is Up 106%, The Historical Average is 284%: Report 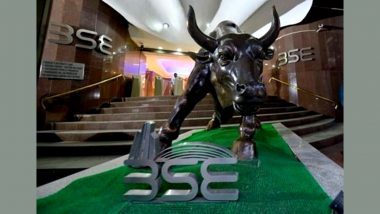 New Delhi, June 20: Including the current bull market rally which is on, India has had six bull markets over the past three decades.

Morgan Stanley has defined a bull market as where the index (BSE Sensex) doubles from its trough.

There is return dispersion across bull markets making the average return less meaningful. "This one is up 106 per cent - the historical average is 284 per cent. While we see further upside in the immediate 12 months, the pace of gain may slow," the report said.

The average weekly return of 1.6 per cent is still less than what we have seen in other bull markets and tells us that the apparently rapid pace of equity returns in the current bull market is nothing unique. The volatility of this weekly return at 3 per cent is not different from history, it added.

India's outperformed EM in each of the previous five bull markets with an average outperformance of 52 per cent versus 23 per cent for this bull market. "We expect India to continue to outperform EM in the coming months," Morgan Stanley said.

Earnings and ROE are depressed and, if we are right about the coming new earnings cycle, fundamentals bear considerable upside. Interestingly, thus far, this is the lowest interest rate regime we have had in a bull market.

Material upside can be expected on FPI flows. "We are still in early stages of the equity issuance cycle and they could rise anywhere between 3 to 5 times average market cap before this bull market ends. Unlike popular perception, we think trading activity in this bull market is not elevated," Morgan Stanley said.

(The above story first appeared on LatestLY on Jun 20, 2021 02:23 PM IST. For more news and updates on politics, world, sports, entertainment and lifestyle, log on to our website latestly.com).