The wife of an Indian Army Major was found dead today on a street at Brar Square in Delhi. 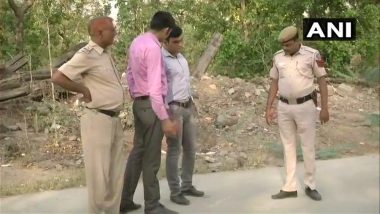 New Delhi, June 23: The wife of an Indian Army Major was found dead today on a street at Brar Square in Delhi. As per police, the 30-year-old woman was bled to death after her throat was slit. The incident took place in south-west Delhi, close to the cantonment area. According to reports, the woman had left home in the morning for a physiotherapy session at the base hospital in Delhi Cantonment at 10 am. She was found dead half-an-hour later.

The police also said that an official vehicle assigned to the Major dropped her outside the base hospital but she did not turn up for the physiotherapy session. After getting a call from passers-by, the police rushed to the spot, where they found that the woman's throat had been slit. The Major was also immediately informed about his wife’s murder.

While speaking to media, DCP (west) Vijay Kumar said, "We received a call for an accident but later found injuries on her neck. We are registering a murder case. We have solid clues about the accused. Her husband identified her."

We received call for an accident but later found injuries on her neck. We are registering a murder case. We have solid clues about the accused. His husband identified her: DCP (west) Vijay Kumar on death of Indian Army Major's wife in #Delhi's Brar Square area pic.twitter.com/boMrEcZ5Ic

According to reports, injury marks on her body may have been caused due to running over by a vehicle. The police are also suspecting that the killer might have slit her throat first before crushing her under the vehicle. According to a report published in NDTV, she was last seen taking a lift in another car from outside the hospital after the driver dropped her. The woman’s body has been sent for a post-mortem.  The police are also examining her mobile call records. The investigation in the case is underway.

(The above story first appeared on LatestLY on Jun 23, 2018 09:42 PM IST. For more news and updates on politics, world, sports, entertainment and lifestyle, log on to our website latestly.com).