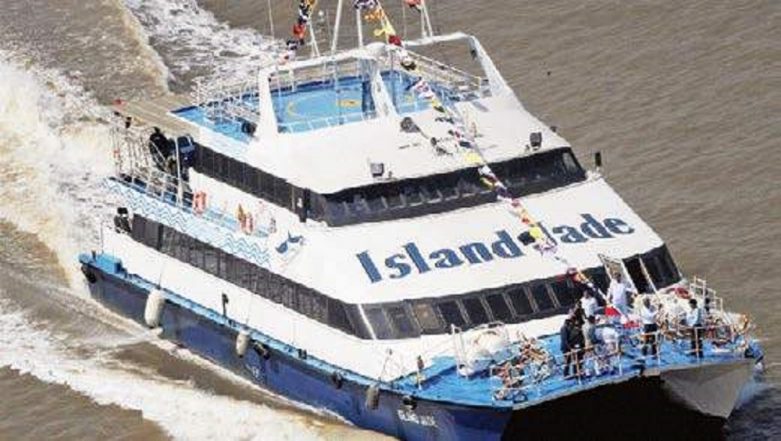 Thane, April 27: The Thane Municipal Corporation (TMC) has received the approval from the state government to prepare a Detailed Project Report (DPR) for the ferry service it aims to launch for the the city commuters travelling to Mumbai and Navi Mumbai.

The Thane-Mumbai ferry service will be routed from Saket (Thane) to the Gateway of India, via Vashi creek, Trombay, Elephanta and Ferry Wharf. Whereas, the commutation to Navi Mumbai would be routed towards JNPT and Panvel, via the Nerul-Juinagar-Belapur route.

A senior TMC official said the civic body conducted the pre-feasibility study for the project in January, and presented their plan of implementation to Chief Minister Devendra Fadnavis and Union Water Resources Minister Nitin Gadkari on April 24.

"Both the Ministers approved the plan and sought a DPR," he said. The DPR will be prepared within the next three months and submitted to the central government. The TMC will be appointing an implementing agency to prepare the project report, the official added.

The Thane-Mumbai and Thane-Navi Mumbai routes fall under phase-II of the ferry service which the TMC aims to launch. In October last year, it unveiled the plan to launch the first phase of the project which will connect Thane to Vasai via Kalyan.

Meanwhile, CIDCO - the nodal town planning agency of Navi Mumbai - has inked a pact with the Maharashtra Maritime Board to launch a boat commutation service from Belapur to one of the following destinations in Mumbai - Ferry Wharf, Bhaucha Dhakka, Gateway of India or the Marine Drive.