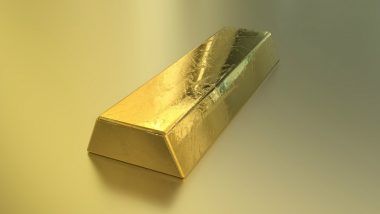 New Delhi, May 31: Two men have been arrested by the customs officials for allegedly trying to smuggle into the country gold valuing about Rs 55 lakh at Delhi airport here. The accused had concealed the gold in a chemical paste form, according to a statement issued today by the customs.

The duo was intercepted after their arrival from Dubai here on Friday. A detailed personal search of the duo resulted in the recovery of six transparent poly bags containing brown colour substance weighing 2.9 kg, suspected to contain gold in chemical paste form, concealed inside specially designed pockets in jeans worn by them, the statement said.