Several persons were reportedly injured in Madhya Pradesh's Rewa district after a communal clash broke out over a land dispute, police said on Thursday. 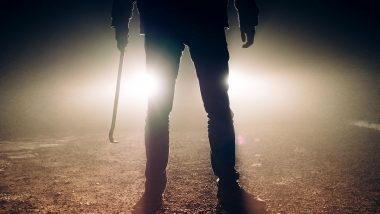 Bhopal, May 26: Several persons were reportedly injured in Madhya Pradesh's Rewa district after a communal clash broke out over a land dispute, police said on Thursday.

People from two communities (Hindu-Muslim), claiming ownership of a government plot where a temple and mosque are located side by side, indulged in a heated argument which later turned into a communal clash.

As per the police, a former BJP Councillor of the area, Lavkush Gupta was about to start construction on the land when a group of Muslims objected to it, claiming the land belonged to the mosque.  Madhya Pradesh Communal Tension: Attempt To Install Lord Hanuman’s Idol Near Muslim Shrine Sparks Violence in Neemuch Disitrict, Section 144 Imposed

During the argument several people from both the communities assembled there and fought with each other.

The incident occurred on Wednesday in Mangawan area, nearly 30 km from the district headquarters, Rewa.

Police reached the spot and brought the situation under control. Heavy security has been deployed to ensure peace in the area, a local police official told IANS.

Police said both communities attacked each other with 'lathi' (stick) and pelted stones.

Those injured during the communal clash have been admitted to Sanjay Gandhi Memorial hospital for treatment.

"People from both communities have lodged complaints against each other. Heavy police personnel were deployed to avoid any untoward incident," said a police official posted in Mangawan police station.

Inspector In-charge of Mangawan police station, D.K. Dahiya said the land belongs to the state government where a temple and a mosque have existed for the last several years.

Later, Rewa Superintendent of Police, S. Navneet Bhasin reached the site and interacted with the people from both communities.

"FIR has been registered against 11 people. We have requested revenue officials to verify the land. Action would be taken after investigation in the matter. As of now, the situation is under control," Bhasin said.

(The above story first appeared on LatestLY on May 26, 2022 04:52 PM IST. For more news and updates on politics, world, sports, entertainment and lifestyle, log on to our website latestly.com).