A 15-year-old girl in Ahmedabad started posting nude selfies on social media from the mobile given by her parents to study online. The minor girl's parents suffered heart attacks when they learnt about that her daughetr was posting nude photos and videos on Instagram. 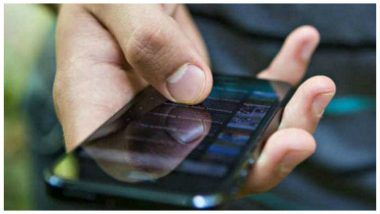 Ahmedabad, August 29: A 15-year-old girl in Gujarat's Ahmedabad started posting nude selfies on social media from the mobile given by her parents for online studies during the COVID-19 pandemic. The minor girl's parents suffered heart attacks when they learnt  that her daughter was posting nude photos and videos on Instagram. The girl not only posted indecent pictures online but also asked her cousins to follow her and do the same. Bengaluru: Man Arrested for Hacking Instagram Account of Minor and Extorting Money by Morphing Nude Pictures.

After relatives informed the girl's parents, they both suffered heart attacks. However, the girl kept posting her nude image even when her parents were at a hospital. The counsellors then had a conversation with the girl. They made her aware that posting nude pictures online is a cybercrime. The girl then promised not to post any such picture in future and even deleted her account, reported TOI. The minor also told the counsellors that she would use her mobile phone for studies only. Notably, the minor's parents have now recovered.

(The above story first appeared on LatestLY on Aug 29, 2021 07:02 PM IST. For more news and updates on politics, world, sports, entertainment and lifestyle, log on to our website latestly.com).