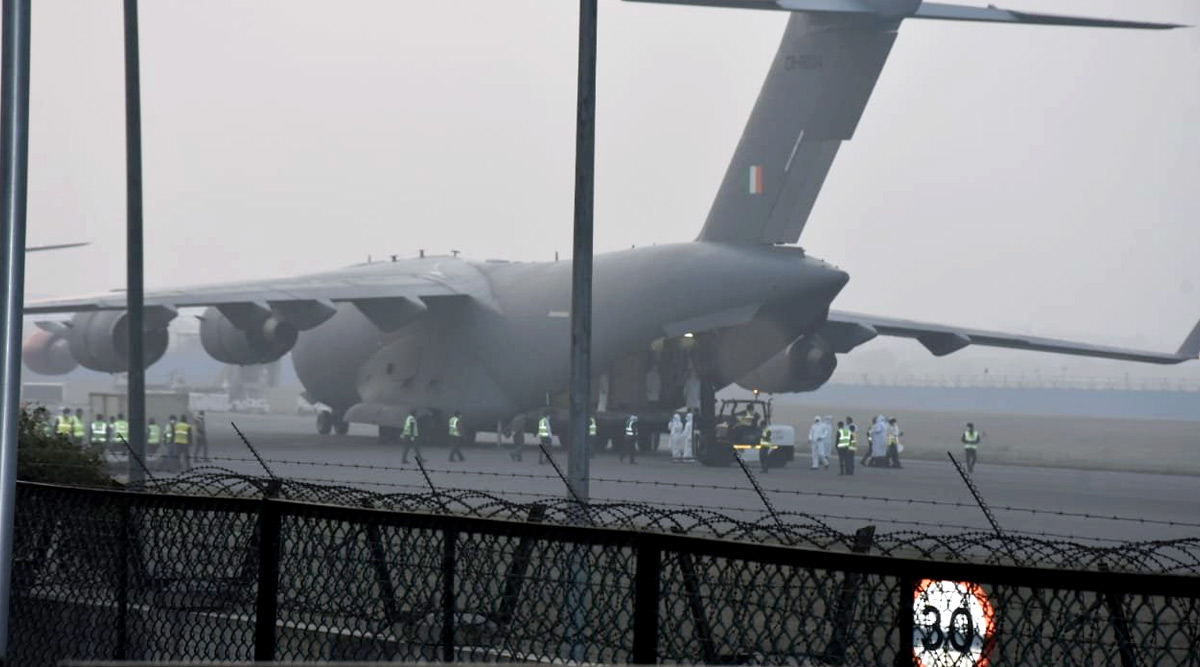 New Delhi, February 27: Special flights of the Indian Air Force and Air India arrived in Delhi on Thursday morning after evacuating Indians and foreigners from coronavirus-hit Wuhan and quarantined cruise ship, Diamond Princess, in Japan. Some foreign nationals were also evacuated from the COVID-19 hit regions. The IAF brought back 76 Indian nationals and 36 foreigners from Wuhan. 119 Indians From Quarantined Japan Ship Land In Delhi On Air India Flight.

Consignment (15 tonnes) of Indian medical relief for #COVID19 lands in Wuhan. Strong expression of our solidarity with the Chinese people at this difficult time. Thank you @IAF_MCC and @EOIBeijing for your efforts. pic.twitter.com/v2ph3LHogM

The IAF special aircraft, which brought back Indians and foreigners, took 15 tonnes of medical supplies to Wuhan on Wednesday. Jaishankar described the consignment of relief as an expression of India's solidarity with China in their difficult time.

A total of 138 Indians- including 132 crew and six passengers- were among 3,711 people aboard the COVID 19-hit cruise ship, which was quarantined since February 5 after a former passenger had tested positive for the virus.