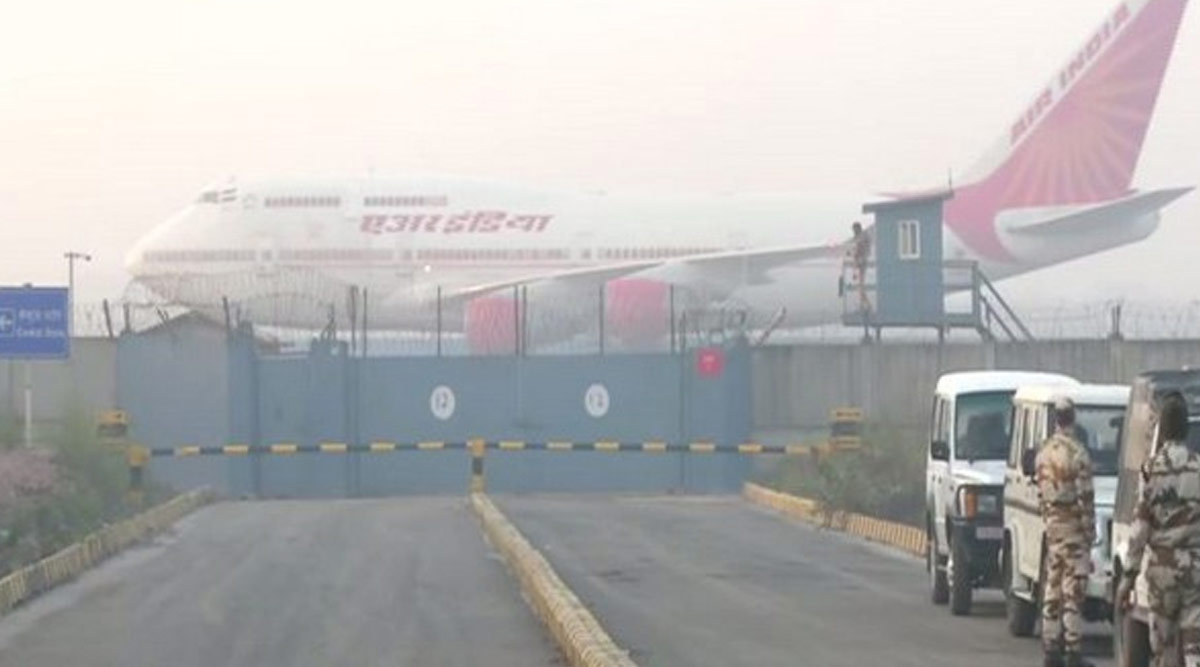 New Delhi, February 13: Prime Minister Narendra Modi has issued a letter of appreciation to the Air India crew onboard the two special flights that evacuated more than 600 Indians from the coronavirus-hit Chinese city of Wuhan. According to the Prime Minister' Office or PMO, the letter would be handed over to the evacuation team, including Air India crew and Health Ministry officials, by the Minister of State for Civil Aviation. Coronavirus Outbreak: Here’s How 2019-nCoV Spreads in Humans.

Two special Air India flights evacuated 640 Indians and seven Maldivian nationals stranded in Wuhan, the epicentre of the novel coronavirus outbreak in China. "Despite being aware of the aforementioned severe situation in the region, the Air India sent two B-747 aircraft with teams of Air India as well as teams from Ministry of Health for two consecutive days, on January 31 and February 1, returning the next day," the PMO statement said.

Air India special aircraft B-747 evacuated a total of 324 Indian nationals from Wuhan on February 1. The next day, 323 Indians and 7 Maldivian nationals were evacuated by the Air India plane from Wuhan. Apart from the Air India crew, there were five doctors from Ram Manohar Lohia (RML) Hospital and one paramedical staff on board. China Issues Order for Disposal of Coronavirus Fatalities, Says Dead Bodies Should Be Cremated and Not Buried.

Coronavirus originated in China in December last year, and has since then killed over 1000 people in that country alone. Cases have been registered in several countries across the world, including India.