Delhi Court Sends ISIS-Linked Couple, Who Were Arrested from Jamia Nagar for Instigating Anti-CAA Protests, to Police Custody till March 17 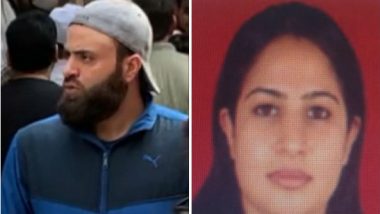 Cops have also recovered a lot of jihad literature from their possession. They were in direct touch with ISKP members in Afghanistan. Police are scanning their cell phones and efforts are on to nab other members of this module.

Sami came under scanner due to his cyberspace activities which disclosed his intentions to carry out suicide attacks. He was in "association with senior ISKP members in Afghanistan". During interrogation, he also revealed that his close associate Khattab, was in fact Abdullah Basith, lodged in Tihar jail as an undertrial in ISIS-related cases.

(The above story first appeared on LatestLY on Mar 08, 2020 11:17 PM IST. For more news and updates on politics, world, sports, entertainment and lifestyle, log on to our website latestly.com).