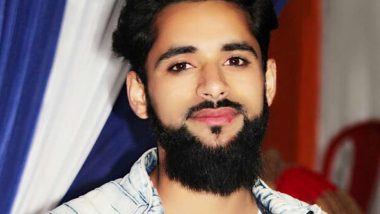 Srinagar, May 29: The Jammu and Kashmir Police on Friday identified the  owner of the explosives-laden car that was intercepted by forces in south Kashmir district on Thursday. According to Police, the owner has been identitied as Hidayatullah Malik. He is a resident of Shopian and had joined Hizbul Mujahideen in 2019, Jammu and Kashmir Police said. The car was spotted approaching a check post when it was signalled to stop. However, the driver turned the car in a different direction and fled from the scene.

On Thursday, the J&K police averted a 2019 Pulwama-type attack when they seized a car laden with about 45 kg of explosives in the south Kashmir district. Soon after, Inspector General of Police (Kashmir range) Vijay Kumar held a press conference and informed there were intelligence inputs about plans of banned Hizbul Mujahideen and Jaish-e-Mohammed terror groups to repeat an attack similar to February 14 strike on a CRPF convoy in Pulwama last year in which  40 personnel had lost their lives. J&K Police Averts Pulwama-Like Terror Attack in Kashmir; JeM, Hizbul Mujahideen Behind Failed Operation, Says IG Vijay Kumar.

J&K Police identifies Hidayatullah Malik, owner of the explosives-laden car which was intercepted in #Pulwama. He is a resident of Shopian and joined Hizbul Mujahideen last year: Jammu and Kashmir Police pic.twitter.com/gNvAmok9WA

Kumar further said that police had intelligence inputs for past one week the two terrorist groups had plans to launch a big strike in the Valley. He added that the officials knew that a suicide bomber and car bomb would be used to target security forces. Based on these inputs, checkposts were placed in Pulwama by the security forces on Wednesday.

(The above story first appeared on LatestLY on May 29, 2020 12:33 PM IST. For more news and updates on politics, world, sports, entertainment and lifestyle, log on to our website latestly.com).