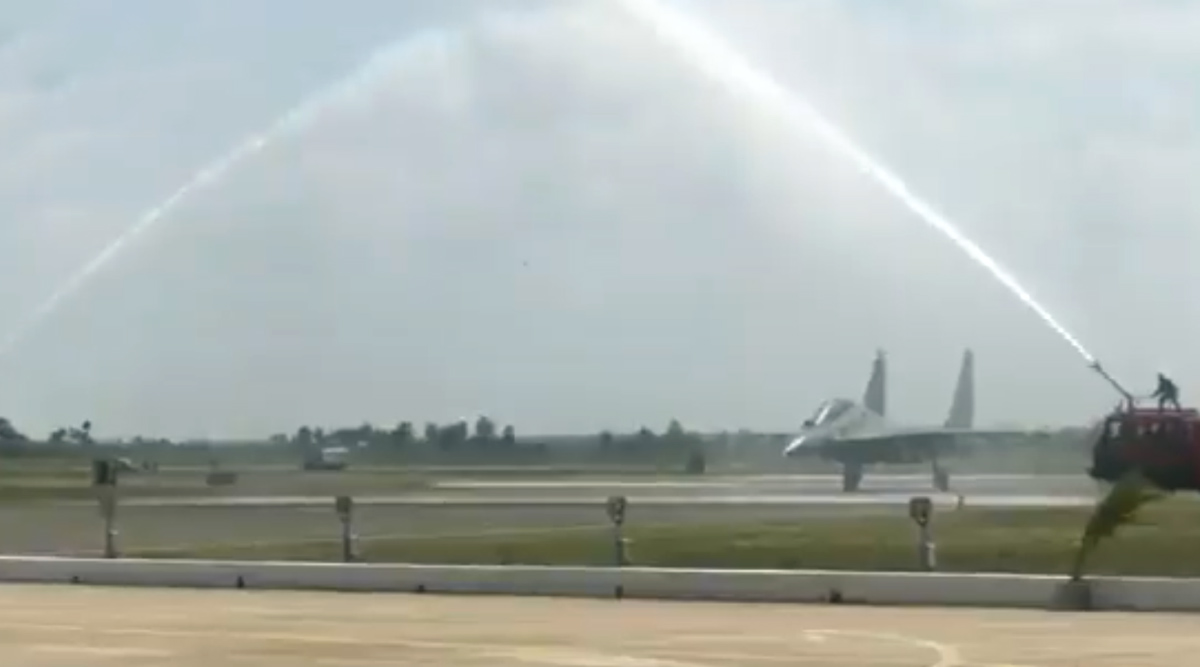 The newly resurrected 222 Squadron is now operationalised with Brahmos equipped Sukhoi-30 air superiority fighter with twin-engine at Air Force Station in Thanjavur.  According to a tweet by ANI, IAF Chief Air Chief Marshal RKS Bhadauria said the decision to deploy the Su-30 MKI at Thanjavur was taken due to its strategic location. Bhadauria added saying that the SU-30 MKI inducted at the air base is equipped with special weapon- BrahMos supersonic cruise missile. Air Chief RKS Bhadauria Formally Inducts FIS Dornier Aircraft into No 41 Squadron.

Watch Video:  Water Salute given to he SU-30MKI Fighter Aircraft

#WATCH Water salute being given to the SU-30MKI fighter aircraft at the induction of the 222 ‘Tigersharks’ fighter squadron at the Thanjavur air base. pic.twitter.com/pMO9ugtZgO

The Sukhoi Su-30MKI is a twin-jet multirole air superiority fighter developed by Russia's Sukhoi and built under licence by India's Hindustan Aeronautics Limited (HAL) for the Indian Air Force (IAF). A variant of the Sukhoi Su-30, it is a heavy, all-weather, long-range fighter.

The `Tigersharks’ are equipped with formidable, state of art air superiority fighter aircraft. They are armed with 2.5-ton air-launched BrahMos missile of 300 km range, which have the capability to strike from large stand-off ranges on any target at sea or on land with pinpoint accuracy by day or night and in all weather conditions. The capability of the missile coupled with the superlative performance of the Su-30 MKI is all set to change the paradigm of maritime surveillance, security, and strike in the region.