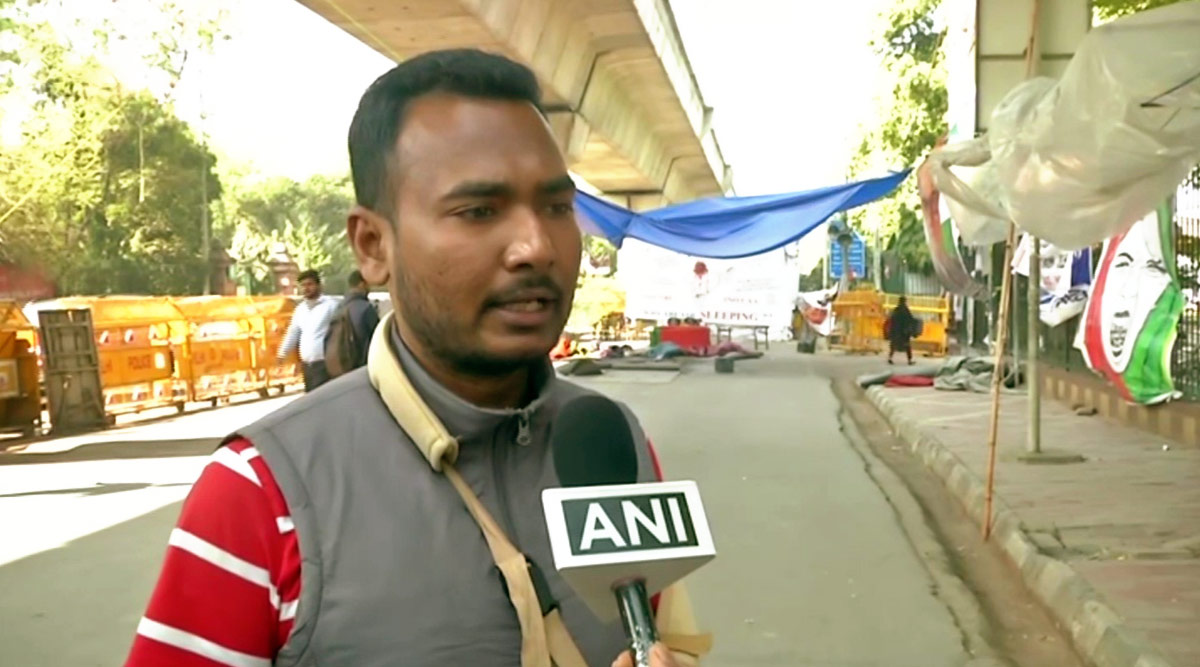 Delhi, February 18: Jamia student Mohammad Mustafa has demanded compensation after he was injured in the police brutality in Jamia Milia Islamia's campus on December 15 last year. Mustafa has filed a petition in Delhi court seeking compensation of Rs 1 crore for his injuries. He said that he was sitting in the campus library when the cops attacked and thrashed him. Delhi Police Personnel Seen Smashing CCTV Cameras in Latest Video of December 15 Jamia Violence.

“I wanted to sit for the civil services exams this year, but I can’t because the cops injured both my hands. The metacarpal on my left hand yet to heal," Mustafa, who is pursuing master's in social exclusion and Inclusive police, said. Students or Protesters? Video of Delhi Police Assault Inside Jamia Millia Islamia Library Goes Viral With Different Claims.

The 26-year-old student from Bihar said that he was beaten by cops even after he didn't participate in the protest. Speaking to Times of India, Mustafa said that cops shouted "chahiye azadi?" to which he replied, "nahi, sarkari naukari chahiye."

Another clip showed panic-stricken students assembled in the library when few men who hid their face with handkerchief entered the library. Another video released on Monday, shows police forces brutally hitting the students and smashing CCTV.