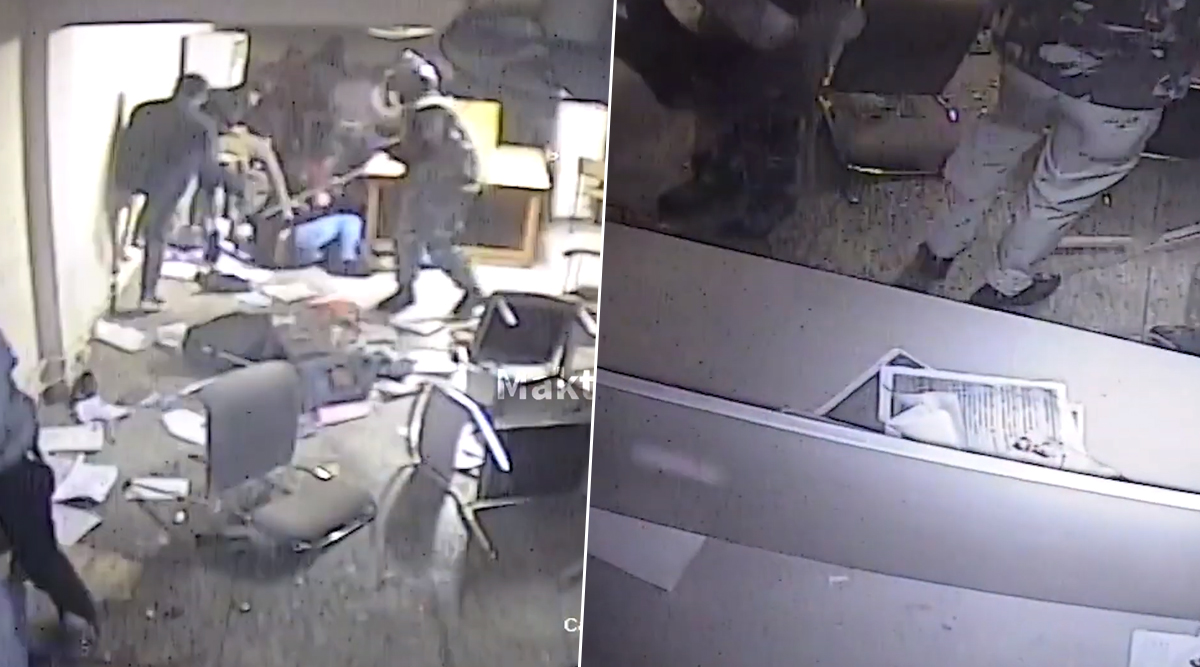 New Delhi, February 17: After two videos depicting conflicting narratives of violence in Jamia Millia Islamia were shared on social media, a third footage emerged on Monday showing Delhi Police personnel smashing CCTV cameras inside the varsity. The clip, reportedly captured on the night of December 15 violence, showed members of the riot control squad of police breaking the surveillance cameras after a ruthless crackdown on the students.

The CCTV video, accessed exclusively by Maktoob Media, shows the police personnel barging inside a closed room of the Jamia building. The cops subsequently launched a baton charge on the students present inside the room. In the final phase of the clip, the cops could be seen breaking the CCTV cameras.

Later in the day, another video - shared exclusively by India Today - showed students entering inside the library shortly before the police crackdown. This prompted a section of netizens to speculate whether the students were part of the alleged mob which threw stones at the police, and rushed to the library to escape from the police retaliation.

Special Commissioner of Police (Intelligence) Praveer Ranjan, while speaking to reporters on Sunday, said the police department has taken cognisance of the video released by the Jamia Coordination Committee. "The video has come to our knowledge and it will be investigated as part of the ongoing probe," a senior police official, privy to the matter, was reported as saying.

The clip contradicted the police claim that it had not entered inside the Jamia library. The Opposition leaders launched fresh attack against the Ministry of Home Affairs (MHA) - under whose jurisdiction the Delhi Police falls - after the video emerged. The Centre should explain why it lied to the nation that the police had never entered inside the library, demanded senior Congress leader Priyanka Gandhi Vadra.

The violence in Jamia campus broke out on the night of December 15, when the Jamia students' union had organised a rally to protest against the Citizenship Amendment Act (CAA). The law, passed by the Indian Parliament in mid-December, had sparked the agitation in Jamia and other varsities. The CAA, through the prism of the proposed nationwide NRC, is seen as an alleged ploy to target the citizenship of Indian Muslims.