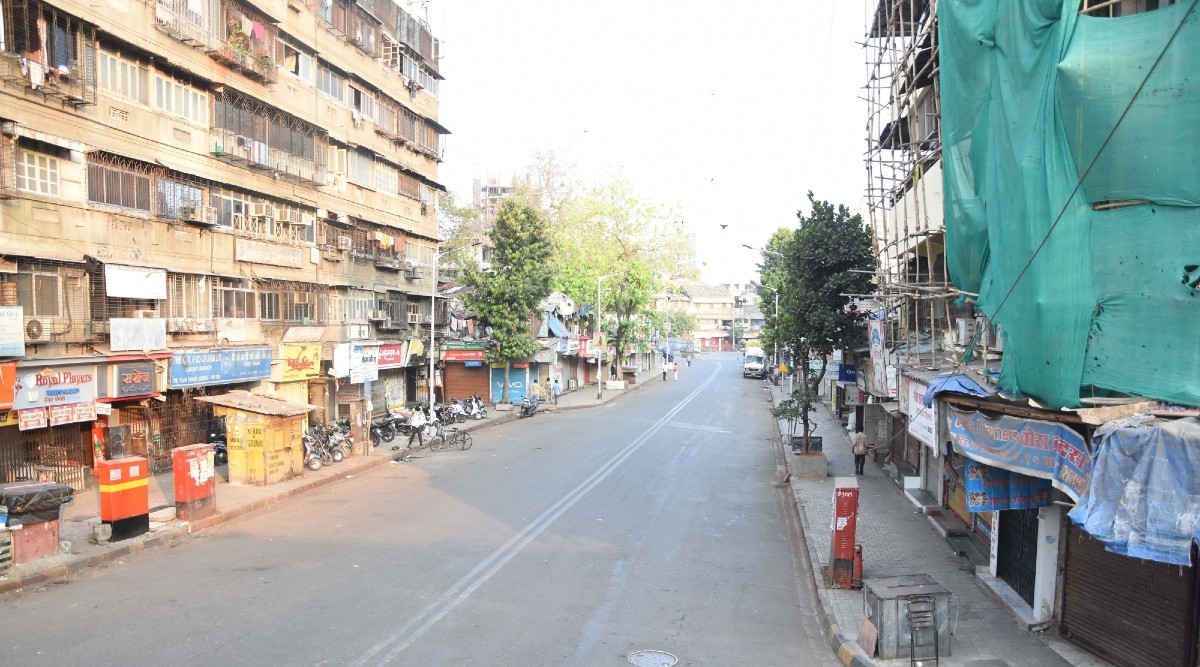 A deserted street in amid coronavirus lockdown (Photo Credits: IANS)

New Delhi, April 7: With only seven days remaining for the complete lockdown imposed by Prime Minister Narendra Modi to end, the central government is reportedly evaluating the option of extending the restrictions. The reports of a likely extension in the curfew-like condition comes in the backdrop of several state governments warning the Centre against ending the shutdown. COVID-19 Live Tracker: Map The Spread of Coronavirus in All Parts of India.

Official sources, privy to the development, told news agency ANI that the central government is positively considering the feedback received from the states. A number of experts have also warned the Modi government against lifting the lockdown, as it may lead to community transmission of the virus, they said. What Government Has Said on Reports And Messages Doing Rounds on Coronavirus Lockdown Extension From April 15.

The lockdown was imposed from the midnight of March 24, for a 21-day period. The three weeks were described as a crucial phase in the battle against coronavirus by PM Modi. From the period when the lockdown was announced, the number of COVID-19 cases surged from over 100 to breach the 4,000-mark today.

The number of infections, though alarming, are lower as compared to Europe and the United States -- which are considered as the hotspot of the pandemic. Italy, the worst affected, has reported more than 1,32,000 cases along with over 16,000 deaths. In the United States, the number of cases climbed to 3,67,758, and the fatality count reached to 10,000. Coronavirus Cases in India Rise to 4,421 With 354 New Patients in Past 24 Hours, Death Toll 114.

Telangana Chief Minister K Chandrasekhar Rao, while addressing the press on Monday, said lifting the restrictions at this stage of the pandemic would prove to be disastrous. A concern was also sounded by Assam Home Minister Himanta Biswa Sarma, who said that the restrictions - if lifted - should be relaxed only in a staggered and systematic manner.

"I am appealing to the Prime Minister and Government of India to extend lockdown without hesitation. Lockdown is the only weapon we have to control the spread of this disease and avoid a situation which countries like the US, Spain and Italy are facing," the Telangana CM had said.

Union Cabinet Secretary Rajiv Gauba had, in the past week, said that no proposal to extend the lockdown beyond April 14 is currently under consideration before the government. Following his clarification, however, several state regimes and experts have petitioned the government to place humanitarian cost above the economic brunt being faced by the nation due to the pandemic.