A man was arrested for allegedly molesting two staffers of a non-governmental organisation (NGO) in a hotel room in Khandwa district on Sunday night. 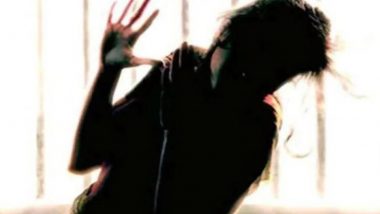 Indore, September 27: In a shocking incident, a man was arrested for allegedly molesting two staffers of a non-governmental organisation (NGO) in a hotel room in Khandwa district on Sunday night, police said.

The police have booked the accused, identified as Baliram, 22, and arrested him. Madhya Pradesh: 24-Year-Old Girl Raped on Marriage Lure in Indore; Search On for Accused

The accused had allegedly entered their room via the window pane. The women were on a visit to Khandwa for some work, reported TOI.

The two women were asleep when the incident took place. They woke up in the middle of the night to find the accused sleeping on their bed. They switched on the lights and the accused ran away using the door and locked them inside, according to police.

The panicked women later called the reception, and the hotel staff opened their door and informed the police on Dial 100. A FRV van reached the spot. The staffers were lined up on the ground floor and the women identified the accused, said police.

The police have arrested the accused under section 354, 458 of IPC for molestation and trespassing. TOI quoted kotwali police station incharge BL Atude as saying that the two women aged 35 and 25 from Bhopal booked a room in a hotel during their official visit. The accused has been arrested and further investigation is underway. Madhya Pradesh Shocker: 19-Year-Old Woman Gangraped by Husband’s Friends in Indore

In another such incident, a 19-year-old woman was allegedly gangraped by her husband's friends few months ago in a residential society under the Lasudia police station limit in Indore. They were later arrested.

(The above story first appeared on LatestLY on Sep 27, 2022 09:15 AM IST. For more news and updates on politics, world, sports, entertainment and lifestyle, log on to our website latestly.com).