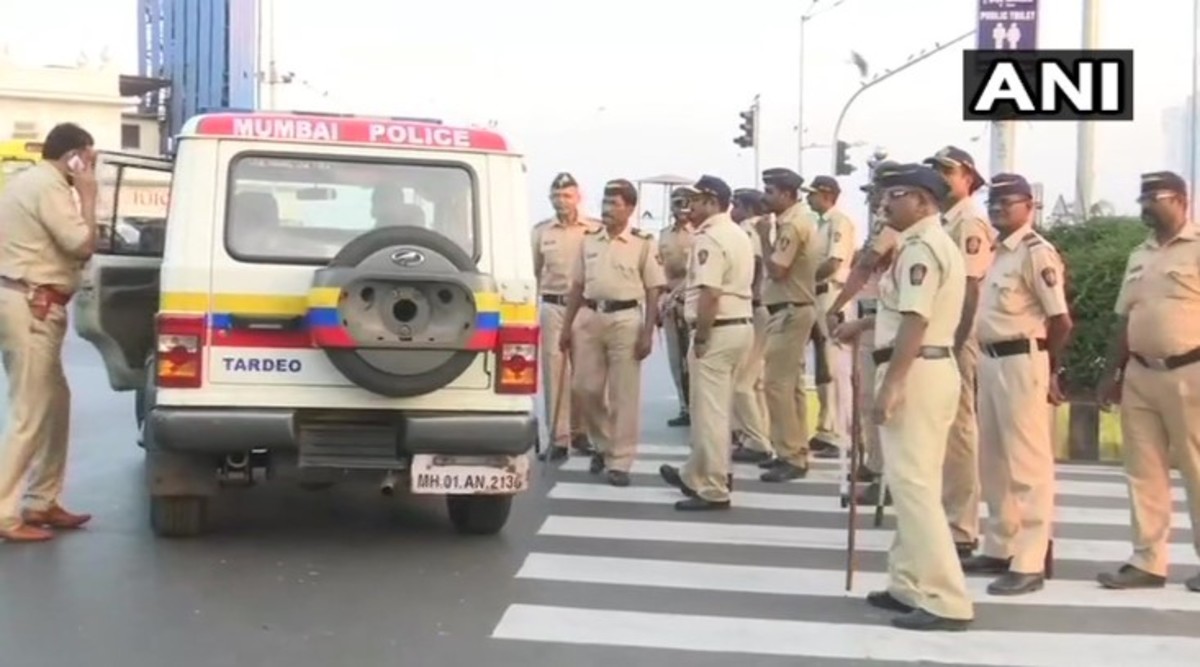 Mumbai, January 24: Security has been tightened in Mumbai in light of the statewide bandh called by Prakash Ambedkar's Vanchit Bahujan Aghadi (VBA) on Friday. The shutdown has been called to protest against the Citizenship Amendment Act (CAA) and the National Register of Citizens (NRC). The VBA chief also said that the issue of the economy will also be raised during Maharashtra Bandh. Prakash Ambedkar Calls Statewide Shutdown Against CAA, NRC and Economic Crisis.

In a video message, Ambedkar had said that BEST bus employees, Taxi and Ola-Uber unions, and bank employees in Mumbai are likely to take part in the bandh. Many student organizations, teacher's & worker's unions will also be participating in the protest, he said.

Maharashtra: Security in Mumbai, in light of the statewide bandh called by Vanchit Bahujan Aghadi (VBA) today, in protest against #CitizenshipAmendemntAct and National Register of Citizens (NRC). pic.twitter.com/Mc7nP0Hszk

Ambedkar had received support from 35 organisation. “All these organizations will participate in the bandh against the Union government, which was attempting to terrorize citizens and was acting against constitutional rights," he had said.

"The country is on the path of economic bankruptcy. Due to demonetisation and GST, coupled with an atmosphere of mistrust in the country, the government is not getting revenue. The economic policies of the Centre are wrong," Ambedkar alleged.