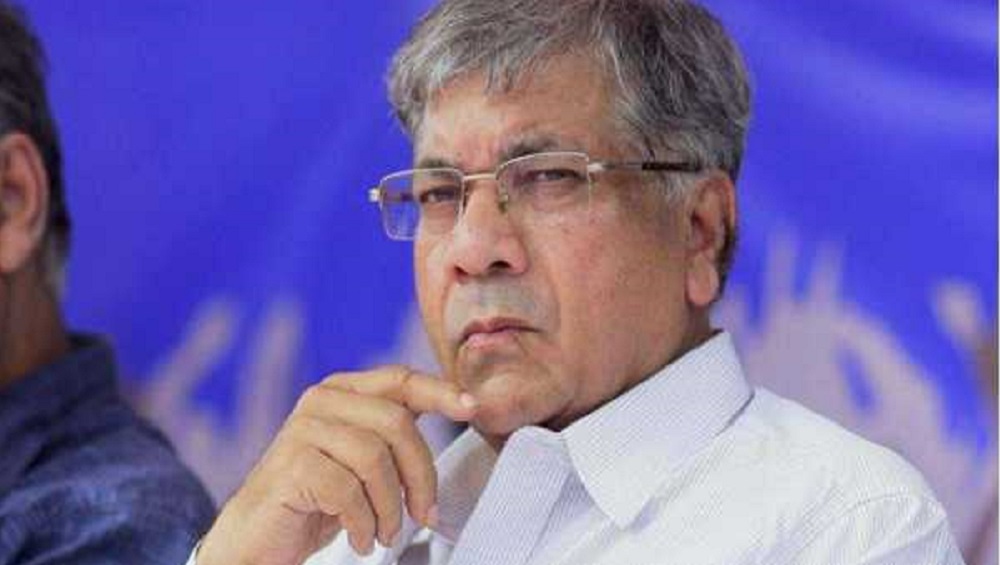 Mumbai, January 16: Vanchit Bahujan Aghadi (VBA) chief and BR Ambedkar's grandson Prakash Ambedkar has called for Maharashtra bandh on January 24 to protest against several issues. He invited people who protested against the Citizenship Amendment Act and the National Register of Citizens in Maharashtra. The VBA supremo also said that the issue of the economy will also be raised on Maharashtra Bandh. Bharat Bandh 2020: Maharashtra Impacted by Shutdown as Workers From Private Sectors, Banks, Industries Join Nationwide Strike.

"We had invited people, who protested against CAA and NRC in Maharashtra, today. Besides these two issues, the issue of the economy should be raised too. To bring this issue before people, it's been decided to call for a bandh in Maharashtra on January 24," Ambedkar said.

Prakash Ambedkar,Vanchit Bahujan Aghadi: We had invited people, who protested against CAA & NRC in Maharashtra, today.Besides these 2 issues,the issue of economy should be raised too. To bring this issue before people,it's been decided to call for a bandh in Maharashtra on Jan 24 pic.twitter.com/fZRGjyBuV6

Speaking to reports, Ambedkar said that "GST and Demonetisation have badly affected the country's economy. There is a lot of turmoil in the country's economy, lakhs of youths are unemployed. But instead of focusing on these issues, the BJP government is trying to divert public attention."

The call for bandh comes at a time when mass protests are taking place against the amended citizenship law and NRC across the country. Earlier, Prakash Ambedkar said that not only the Muslims but even the Hindus would bear the brunt of the amended Citizenship Act and the NRC.