The Maharashtra government has planned to hold the monsoon session of the state legislature for just two days, Leader of Opposition in the Assembly Devendra Fadnavis said on Tuesday and slammed the move. 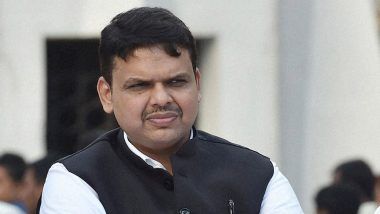 Mumbai, Jun 22: The Maharashtra government has planned to hold the monsoon session of the state legislature for just two days, Leader of Opposition in the Assembly Devendra Fadnavis said on Tuesday and slammed the move.

Speaking to reporters after attending a meeting of the Business Advisory Committee (BAC), Fadnavis alleged the Maha Vikas Aghadi (MVA) dispensation is trying to "run away" from the issues concerning the common people and also from the democratic process.

“Today, we (BJP leaders) met the ruling coalition to decide the schedule for the monsoon session of the state legislature. We were surprised to see the government is planning to hold the session for two days only," he said.

The former Maharashtra chief minister said BJP leaders walked out of the BAC meeting in protest against the government's plan to hold the session for such a short duration.

“There is no place left for us to raise the voice of the common people. The two-day long session will be too short for us to raise various issues, the plight of people, farmers, students as well as the law and order situation in the state.

This government has turned the democratic processes into a circus,” he alleged.

Responding to a query on Shiv Sena MLA Pratap Sarnaik's letter urging Chief Minister and Shiv Sena president Uddhav Thackeray to join hands with the BJP again, Fadnavis said, “A Sena MLA writing a letter to his party chief is an internal matter of that party. The BJP has nothing to do with it. Our party is not interested in bringing down this government. This three-party government (of the Shiv Sena, NCP and Congress) will fall under its internal burden".

Sarnaik, who is facing the Enforcement Directorate (ED) investigation into a money laundering case, recently wrote to the CM requesting "reconciliation" with BJP and Prime Minister Narendra Modi which he stated would "save" some Sena leaders like him from the "harassment of the Central investigating agencies".