Banerjee had said that the Centre should immediately get Covaxin authenticated by the WHO or else suggest a remedy for the recipients of this vaccine as they are facing problems travelling abroad. 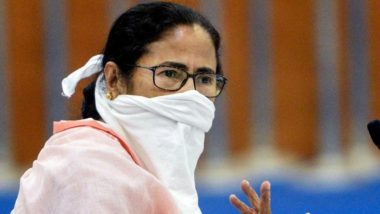 Kolkata, June 24: A day after West Bengal Chief Minister Mamata Banerjee alleged that people are suffering for the Central governments decision to introduce Covaxin without proper authorisation from the World Health Organization (WHO), the Trinamool Congress supremo on Thursday wrote to Prime Minister Narendra Modi, urging him to get the indigenous Covid vaccine approved by the WHO to mitigate the problems being faced by those trying to go abroad.

"It is learnt that Covaxin is still not approved by the WHO, creating problems for those trying to go abroad as many countries are allowing only those who are fully vaccinated with WHO approved vaccines. Since the start of the vaccination programme, we have been receiving both Covishield and Covaxin. Even the private sector in the state has also procured both the vaccines," the Chief Minister wrote.

"Large number of students from all over the country travel abroad every year for higher studies and many of these students have got themselves vaccinated with Covaxin. They came to learn later that their vaccination certificate is not valid abroad. These students are now in a fix regarding their next course of action and their career is at stake," she added. Govt Fully Committed to Democratic Process in J-K, Removing Dilli Ki Duri As Well as Dil Ki Duri, Says PM Narendra Modi After All-Party Meet With J&K Leaders.

"I request for your kind intervention so that an early approval is received for Covaxin from the WHO so that the students do not face any problem. This will also benefit people travelling abroad for job, education, business and any other purposes," she said.

On Wednesday, Banerjee had alleged that the BJP government at the Centre was responsible for the uncontrolled spread of Covid during the second wave. Banerjee had said that the Centre should immediately get Covaxin authenticated by the WHO or else suggest a remedy for the recipients of this vaccine as they are facing problems travelling abroad.

"They did not take Covaxin on their own and now the Centre cannot shy away from its responsibility. Either the Centre should immediately get Covaxin authenticated by the WHO, or else suggest a remedy to this problem. It is for the Government of India to take some initiative. Even Bangladesh and Brazil are facing problems. The problem needs to be sorted out immediately," Banerjee had said.

(The above story first appeared on LatestLY on Jun 24, 2021 10:24 PM IST. For more news and updates on politics, world, sports, entertainment and lifestyle, log on to our website latestly.com).