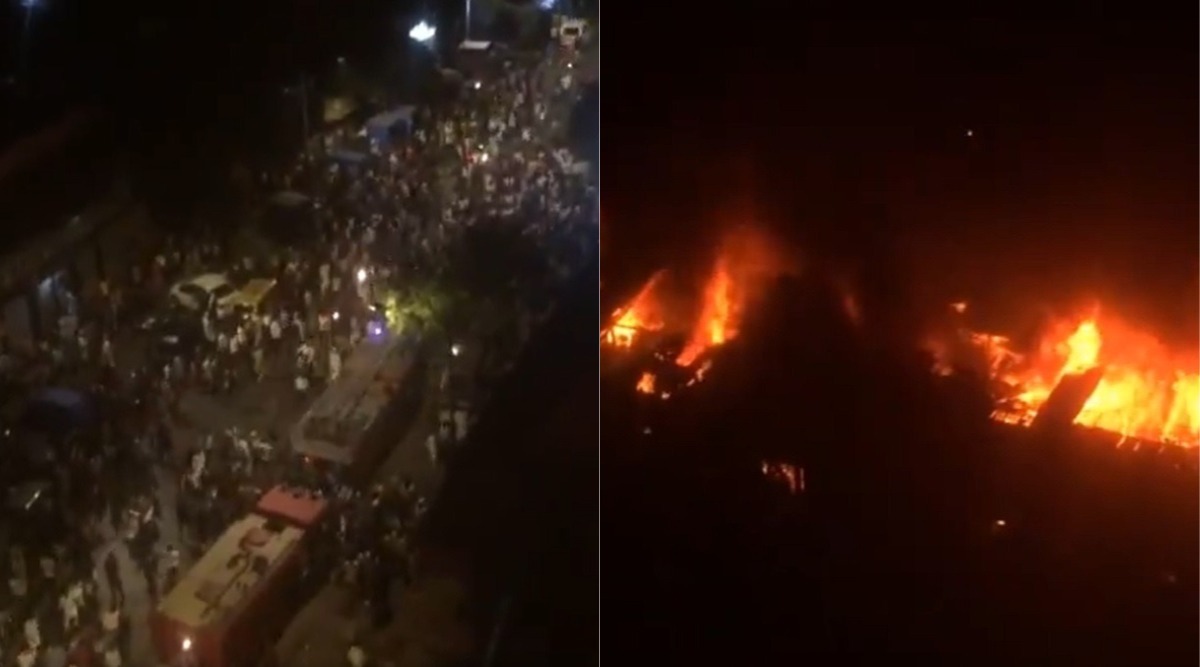 Mumbai, January 24: A major fire broke out at a residential structure in Mumbai's Kurla area on Friday evening. According to reports, the fire started from the second floor of Mehtab Co-operative Housing Society, which is located in SG Barve Marg, Buddha Colony in Kurla's Ambedkar Nagar. The residential structure is said to be over 80 years old. Three Arrested in Connection With Saki Naka Fire.

The police control room recieved information about the Kurla fire at around 10 pm. Mumbai Police officers, Mumbai Fire Brigade unit, four fire engines, four jumbo tankers and one quick response vehicle were present at the spot. There was no immediate report about any person getting injured in the incident. Speaking to a daily, a local corporator Ashraf Azmi said that efforts were in full swing to control the raging fire. Mumbai Man Allegedly Sets Fire to Girlfriend's House After Her Mother Refuses Their Alliance.

Visuals from the spot showed tall flames billowing from what appeared to be a rooftop. An explosion-type sound can also be heard in the video. It was not clear what caused the fire. However, locals suspect that a cylinder blast could be the reason behind the fire. Further details about the fire incident were awaited.