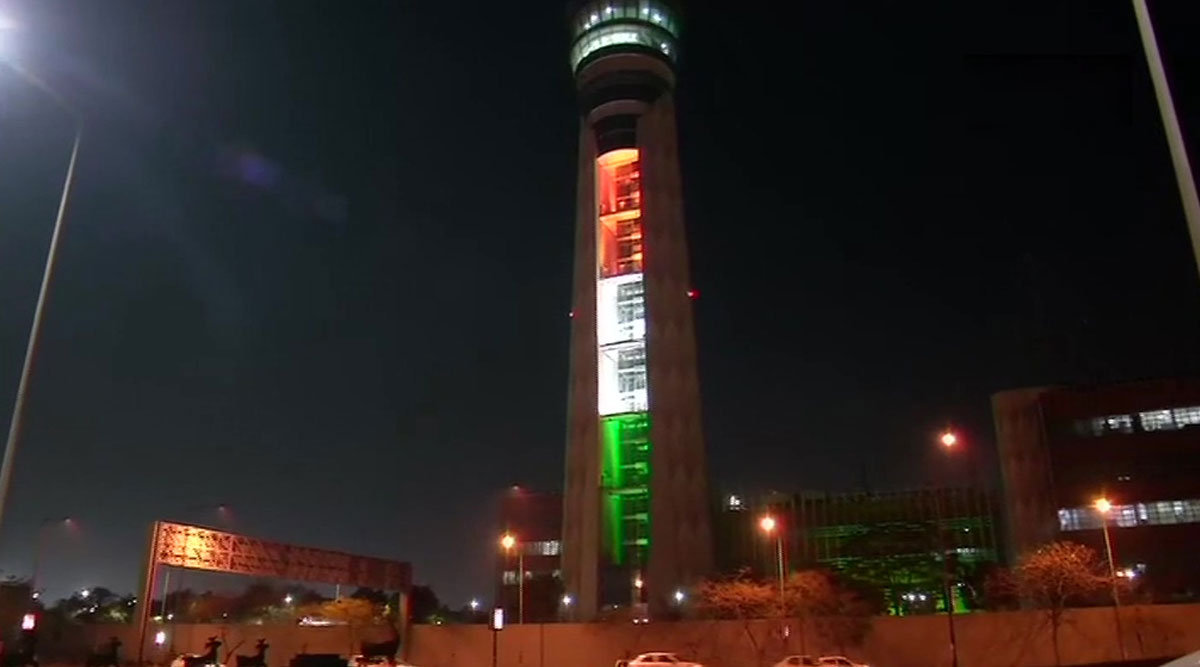 New Delhi, January 23: The ATC Tower at Delhi's Indira Gandhi International Airport was lit up in tricolor ahead of Republic Day 2020. The tower became the center of attraction after it was seen donning the Tri-colour. Republic Day is one of the three national festivals in India with Independence Day and Gandhi Jayanti being the other two. Republic Day and Independence Day of India: Know The Difference Between These Indian National Festivals.

Every year, come January 26, we enjoy the national holiday where we once again flutter with pride as our national flag is hoisted, marvel at the heritage and culture that is put on the forefront in the Republic Day Parade and enjoy some quality time with our family. Republic Day Parade 2020: Brazilian President Jair Bolsonaro to Be Chief Guest.

Sovereignty of ATC tower at Delhi given a sense of nationalism in every Indian. #JaiHind🇮🇳 ! https://t.co/0LxqM15GEs

Users Proud of the Tower

ATC Tower at Delhi's Indira Gandhi International airport lit up in tricolour ahead of Republic Day. Love you 🇮🇳 ! Thousand Salute to you 🇮🇳 pic.twitter.com/HD35L62jok

On January 26, 2020, India will celebrate its 71st Republic Day of India. While on August 15, 1947, India attained Independence, on January 26, 1950, India became an independent republic. The Republic Day honours the day when the Constitution of India was adopted thereby replacing the Government of India Act (1935) as the governing document of India.