His transformational vision and strategic orientation played a crucial role in navigation of BMW Group India in a challenging business environment, it added. 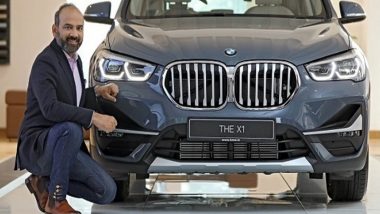 "The company with profound sorrow, announces the demise of Rudratej Singh (46), President and Chief Executive Officer on April 20, 2020," BMW Group India said in a statement. Sources confirmed that Singh suffered a massive cardiac arrest, though the company said the cause behind the sudden and unexpected demise is yet to be ascertained.

"Our prayers are with his family and loved ones during this difficult period. He will always be remembered as an inspiring and compassionate human being," BMW Group India said.

His transformational vision and strategic orientation played a crucial role in navigation of BMW Group India in a challenging business environment, it added.

"His demise comes at a crucial junction when BMW Group India was in midst of implementing strategic measures for strengthening the dealer network across India," the automaker said. Singh had joined BMW Group India in August 2019.

He had more than 25 years of experience and held multiple leadership positions both in the automotive and non-automotive industries. In his last assignment, Rudy, as he was fondly called, was the Global President at Royal Enfield and before that he worked with Unilever in India and international markets for over 16 years.