Based on the information gathered by the RPF Cyber Cell, joint teams of Crime Investigation Branch, Hyderabad, and RPF Malkajgiri swung into action and nabbed one person named Dilip Nayak, 33, from IDA Bollaram, Hyderabad. 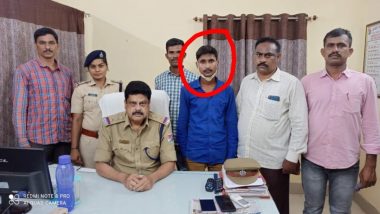 Hyderabad, July 6: The Railway Protection Force (RPF) has nabbed a two-man gang here on charges of using fake letterheads of MPs and MLAs of various states for confirmation of railway berths under the emergency quota (EQ).

During questioning, Nayak informed the RPF team that he got acquainted with one person named Mukesh Chouhan, who used fake letterheads of MPs/MLAs for confirming waitlisted tickets against money. Since then, the RPF team was on the hunt for the absconded Chouhan.

On July 4, using a decoy, the RPF team nabbed Chouhan, who was operating a shop to unauthorisedly book railway tickets. During raids, the RPF team seized 84 used tickets valued at Rs 1,66,476 from the accused persons. A case has been registered under the Railways Act.

The accused used to download the letterheads of the MPs and MLAs from the internet, forging the contents, and then used them for confirming berths under the VIP quota of Railways. Gajanan Mallya, General Manager, South Central Railways, cautioned people against falling for such fraudsters.

(The above story first appeared on LatestLY on Jul 06, 2021 11:58 PM IST. For more news and updates on politics, world, sports, entertainment and lifestyle, log on to our website latestly.com).