Femina Miss India finalist, Diksha Singh, will add a dash of glamour to the Zila Panchayat elections in Uttar Pradesh. Diksha, a finalist in 2015, is contesting the polls from Jaunpur. 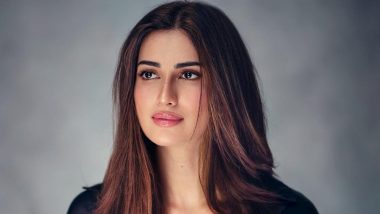 Lucknow, April 4: Femina Miss India finalist, Diksha Singh, will add a dash of glamour to the Zila Panchayat elections in Uttar Pradesh. Diksha, a finalist in 2015, is contesting the polls from Jaunpur.

She told reporters that she would contest from the Baksha ward of the district and would be filing her nomination papers on Sunday.

Jaunpur goes to polls on April 15 and the result would be announced on May 2 after four phases of polling. Uttar Pradesh Panchayat Elections 2021: BJP Announces Candidates for First Phase of Upcoming Polls.

Diksha has already started campaigning in her ward.

"I belong to the Chittori village in Jaunpur and I studied here till Class 3 after which my parents moved to Mumbai and then to Goa. I went to the MES College of Arts and Commerce, Zuarinagar, Goa, for my graduation, she said.

In her second year in college, Diksha participated in the Femina Miss India pageant in 2015. She was one of the 21 finalists and also the winner of a sub-contest 'Miss Body Beautiful'.

Thereafter, she signed several modelling assignments and recently appeared in some music videos, including one in February 2021.

Diksha's apparently decided to contest the seat after it was declared reserved for women. Her father, Jitendra Singh, was keen to contest the Panchayat polls.

However, her family denies it. "It is her independent decision and is driven by her desire to serve her native place," said her father, who runs his business in Goa and Rajasthan.

Diksha, meanwhile, said, "The lives of people has not improved over the years. My native place is still underdeveloped. Whenever I came here, I felt that the place was stuck somewhere in the 1990s. I intend to work for the people here and change the situation."

Diksha, who has studied political science college, further said, "I have grown in this place which is like a scene from old classics such as 'Mother India' and 'Purab aur Paschim' where misery and poverty drive the way. Women lead a restricted life and children are forced to give up their dreams. Many cannot relate with the situation here but I can."

Diksha will be contesting as an independent candidate.

(The above story first appeared on LatestLY on Apr 04, 2021 10:03 AM IST. For more news and updates on politics, world, sports, entertainment and lifestyle, log on to our website latestly.com).